Juneau Animal Rescue is resuming spay and neuter services for cats and dogs. The services are in-house at the rescue for the first time since 2014.

Samantha Blankenship is the executive director of Juneau Animal Rescue. She said they are offering a variety of price ranges depending on income. Cats and smaller dogs can get fixed for prices as low as $55 for male cats and $130 for male dogs, if pet owners qualify.

“But we also are offering spaying and neutering for full price to people as well, because we know the veterinary shortage in town is real,” Blankenship said. “The money from that goes back in to help the animals here at the shelter.”

Blankenship said that nationally, nearly 3 million fewer pets than expected were spayed or neutered over the course of the pandemic, according to a recent study.

The spay and neuter services are limited to healthy animals that aren’t considered senior in age. The clinic won’t be doing blood work on animals to determine their health before spaying or neutering them.

“Right now, we’re getting people in pretty quickly,” Blankenship said. “So now is a good time to book your appointment.”

Blankenship said pet owners should bring paperwork with them that shows they qualify as low-income, along with any vaccine paperwork. 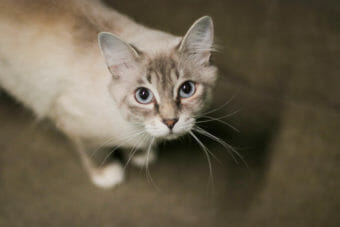 Juneau's animal shelter has too many cats

The shelter has been taking in its highest number of cats — and especially kittens — in years.