Naloxone is the overdose-reversing drug that is becoming more and more prevalent as the nation battles an opioid epidemic.

Alaska State Troopers carry naloxone in case they need to revive someone who has overdosed on opioids. For a while, they were using Narcan, a brand name as synonymous to naloxone as Kleenex is to tissues.

But Lt. Daron Cooper, troopers’ deputy commander in the Matanuska-Susitna Borough, said one dose wasn’t always enough to save someone.

“There have been calls where we have had to use more than one of the Narcan,” Cooper said. “And that may be because of the potency of the drug on board.”

Among the most potent opioids is fentanyl, a synthetic drug that was involved in nearly three-quarters of opioid deaths in Alaska last year —either on its own, or cut with other drugs. The rise in fentanyl has prompted the state to start giving out a more powerful overdose-reversing medicine: Kloxxado, said state pharmacist Coleman Cutchins.

“It’s much more potent than medical grade fentanyl,” Cutchins said of the newer, illicit forms of fentanyl. “Much more inconsistent. So really, the higher dose of naloxone has really become the standard now.”

Cutchins said the state switched from Narcan to Kloxxado in May. It distributes the medicine through a state program called Project Hope, which supplies naloxone to first responders, including troopers like Cooper. Cooper said the stronger does is a big help.

“Allowing us to push one, that being the thing that works, obviously benefits us because we’re not having to scramble to make it to get two,” Cooper said. “Or wondering if our second is expired, or things of that nature.”

The higher dose of naloxone is also welcome news for the Wasilla Police Department. Police spokesperson Amanda Graham said the city saw a major spike in opioid overdoses between May of last year and March of this year. There were 10 reported overdoses in that period, a high number for a city with a fraction of Anchorage’s population. She said police used one dose of Narcan to revive a person in just three of those 10 cases. In the rest, they needed more.

“In one case we used four doses of Narcan,” she said. “But on average, we used two doses.”

Wasilla police haven’t received Kloxxado yet, because they got their latest shipment of Narcan just before the state switched over. Graham said she’s looking forward to her department getting Kloxxado, which contains 8 milligrams of naloxone as opposed to Narcan’s 4 milligrams. It’ll save time and hopefully help people faster.

“It’s pretty clear that 4-milligram doses is not what’s used on average,” Graham said. “So saving time while you’re on the side of the road helping somebody, or you’re in somebody’s home, by not having to open multiple packs of naloxone, could definitely be beneficial.”

Graham said there’s been a community push not just for first responders to carry naloxone, but also ordinary people who may be around opioids.

“If you’re in active addiction, and you’re with a friend or someone that you use with is O-Ding, you need to give them naloxone as soon as possible,” Graham said. “Call 911. There’s state laws that protect you when you call 911. You won’t get arrested for saving a life, even if you’re high at the time.”

Cutchins said the state doesn’t have a clear picture yet of Kloxxado’s impact on the state’s response to overdoses. During the COVID-19 pandemic, the state had a robust system for tracking new coronavirus cases, hospitalizations and deaths. Cutchins said it’s hard to do that with opioids for a number of reasons, including medical privacy and a lack of data sets to pull from. He said the state is working to revamp its opioid data collection to be more up-to-date and modern.

“We don’t have a great system for this,” Cutchins said. “We are improving it. It’s probably going to take a little bit more time to figure out what’s the clinical relevance of this change.”

As the state works to track the rate of opioid overdoses, several law enforcement agencies are joining the state troopers and Wasilla police in having their officers carry naloxone, including Village Public Safety Officers, who were trained to use it earlier this year, and the Anchorage Police Department, which says it’s rolling out a naloxone policy to start early next year. 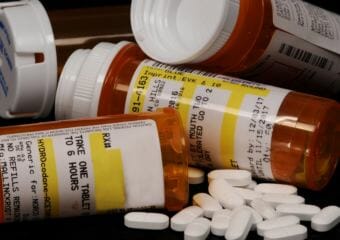 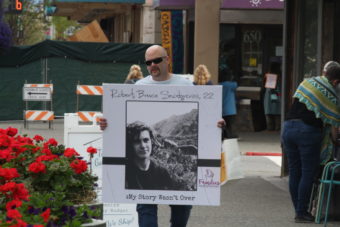 Her son died of an overdose in Anchorage. Now she’s pushing for city police to carry Narcan.

While many police departments across the state use Narcan, the Anchorage Police Department — the state’s largest law enforcement agency — does not.