Republicans hold 21 of the 40 seats in the Alaska House of Representatives after the first full run of Alaska’s new ranked choice voting system.

In East Anchorage, Republican Julie Coulombe leads nonpartisan candidate Walter Featherly after trailing him at the start of the day.

The results are unofficial and the Division of Elections expects to certify them on Nov. 29. Recounts are possible. State law allows a losing candidate to request one in any race, but the candidate must pay for the recount unless the result is within 0.5%.

Gov. Mike Dunleavy became the first Alaska governor reelected to office since Tony Knowles in 1998 and the first Republican to do so since Jay Hammond in 1978. He finished with more than 50% of the vote, avoiding the need for a ranked choice voting redistribution in his race.

For the U.S. Senate, incumbent Republican Lisa Murkowski led three challengers before the final tabulation, then had 53.7% of the vote after the ranked choice process. Her closest challenger, Republican Kelly Tshibaka, had 46.3%.

In the Alaska Senate, former Senate President Cathy Giessel, R-Anchorage will return to office after defeating incumbent Republican Sen. Roger Holland, the man who defeated her in 2020.

She was among 11 Republicans elected to the 20-person Senate.

Four of those Republicans, including Giessel, were elected despite the disapproval of local party officials, who preferred other Republican candidates.

Moderate Republicans, including Giessel, are expected in the coming days or weeks to announce the formation of a coalition Senate majority that includes the Senate’s nine Democrats. 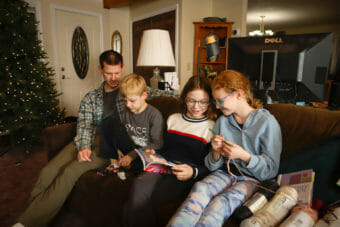