Sol Neely used to give lectures around a fire at an outdoor pavilion on the campus of the University of Alaska Southeast –— even on cold and wet November days. On Saturday, dozens of people gathered at that same spot to remember Neely at a fire dish memorial, a Lingít cultural ceremony.

Neely was a professor at UAS for more than a decade. He taught English literature and was a community advocate for criminal justice reform through programs like the Flying University, a higher education program inside Lemon Creek Correctional Center.

He died in October on a backpacking trip in Washington state, where he was living. Even though he left Juneau in 2020, there was still a large group of people left at UAS and throughout the community who wanted to gather and celebrate his life here.

Alaska Native Languages professor X̱’unei Lance Twitchell was a close friend of Neely’s. He led the fire dish ceremony, which serves as a way to give those who recently died food and messages of strength to prepare them for their long journey after death. The offerings are passed through the fire.

“For our guests that are here that we share love with and courage, sometimes we offer abbreviated versions of our cultural ceremonies with them,” Twitchell said. “The way that we grieve, the ways that we move on as Lingít peoples. So we thought we’d offer a fire dish.”

Twitchell invited those in attendance to write names of anyone else they would like to honor on notecards to be added to the fire.

“Because we’re inviting them to come. The things that we offer to our ancestors we give to the fire,” Twitchell said.

Fellow educators and former students say Neely always approached his work with love for people and for place.

Éedaa Heather Burge was a student of Neely’s who now teaches Lingít language classes at UAS.

“He started reconnecting with his own Indigenous family identity and understanding at the same time I did,” Burge said. “He was an incredible example for what that looked like, as an adult, to build that community, to build those places, to build those relationships with people, both where you were transplanted and where you where you came from.”

She asked all of his former students to stand with her, and a dozen or so rose.

“I’m not quite sure what we’re going to do now that he’s gone,” Burge said. “Aatlein gunalchéesh, Sol, for everything you’ve given us. You’ve laid a foundation, we’re going to keep building on it.”

Will Geiger said it was fitting that Neely’s memorial be held at the Noyes Pavilion, when he attended each class of Neely’s postcolonial literature class outside, even on cold November nights like this one.

“I’ve been thinking lately that Sol often talked about how, based off something Cornel West said, he considered time to be a gift and a giver, rather than a limitation placed on what we’re able to accomplish,” Geiger said. “And so I’ve been thinking about what a gift we all received, having Sol here with us, rather than an impediment it is that he left us sooner than we would have wanted him to.”

Many people talked about how much Neely loved his daughter. Neely’s wife and daughter were at the ceremony, but neither spoke. 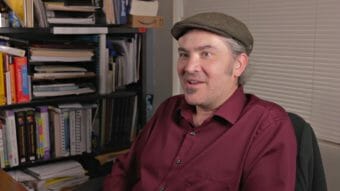 During his decade teaching at the University of Alaska Southeast in Juneau, Neely established himself as a devoted educator and a community advocate for criminal justice reform. 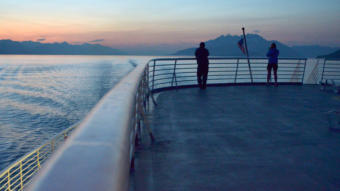 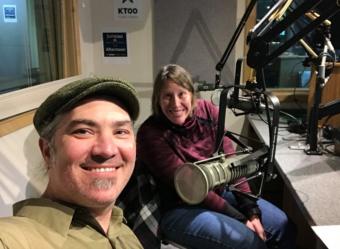 How a UAS associate professor and a Juneau police officer went from adversaries to allies on the criminal justice reform debate.