Aviation safety investigators are calling on operators of a popular Alaska bush plane to take them out of service until they can be inspected after a DeHavilland Otter crashed in Washington state last month.

The National Transportation Safety Board says a key component appears to have failed before the crash, and the agency is calling on U.S. and Canadian regulators to require operators to inspect their planes before their next flight.

DeHavilland DHC-3 Otters are a staple of Alaska aviation. They’re prized for their ability to take off and land in short distances and frequently serve as island-hopping floatplanes and backcountry bush planes.

But after an Otter crashed into Puget Sound in September, killing all 10 people aboard, the National Transportation Safety Board is calling on air carriers to take a close look at a part called the horizontal stabilizer actuator, also known as the trim jack. It’s part of the pitch trim control system, which adjusts the horizontal portion of the plane’s tail.

Investigators said in an update issued Monday that based on the wreckage of last month’s crash, the actuator appears to have come unscrewed before the plane crashed into the water. NTSB Chair Jennifer Homendy says that could lead a plane to nosedive — just as witnesses reported.

“Because of the separation, there would be a loss of control of pitch. The pilot would not be able to control the up-or-down movements of the plane,” Homendy said in an interview on Thursday.

So the NTSB is calling on operators to make sure a lock ring that prevents the actuator from coming unscrewed is properly installed.

“We have issued an urgent safety recommendation to the Federal Aviation Administration and to Transport Canada to require all operators of the Otters to conduct a one time inspection to ensure the safety of the planes,” she said.

The NTSB can’t order the planes to be grounded — it’s an investigator, not a regulator. That power rests with the FAA.

In a statement, the FAA said it is contacting Otter operators in the U.S. to ensure they’re acting on a service letter issued by the aircraft’s Canadian certificate holder, Viking Air Limited. But the FAA is not mandating the inspections – at least, not yet. The federal agency said Wednesday that it may take additional action based on the response of its Canadian counterpart.

Transport Canada said in a statement Thursday that it was looking into the NTSB’s recommendation.

“The department’s aviation safety experts are reviewing the United States National Transportation Safety Board recommendation carefully and will not hesitate to take immediate actions regarding the aircraft to ensure public safety,” Senior Communications Advisor Sau Sau Liu said in an email.

Homendy says the NTSB wants the regulators to send a stronger message.

“We are concerned that the service letter that Viking Air put out is advisory. It’s not mandatory,” she said. “We want to make sure that all the operators are taking actions to inspect their planes because the potential for a catastrophic loss of control warrants immediate action.”

Homendy says investigators are looking into whether a maintenance oversight might have been responsible for the crash.

The issue is unlikely to affect other DeHavilland planes. A DeHavilland Canada spokesperson said in an email that the DHC-3 Otter is the only aircraft in the manufacturer’s fleet with a moveable horizontal tail.

Some Alaska air carriers are have responded to the call to inspect their planes. Ketchikan-based Taquan Air’s maintenance director said in a statement Wednesday that the company inspected its Otters immediately after the Puget Sound crash as a precaution.

“All inspection guidance since provided by the FAA has also been completed, and we will continue to follow all safety direction identified by the NTSB and/or directed by the FAA,” Taquan Air General Manager Clark Miller said.

The president of Wings Airways in Juneau, said in a statement that the company planned to examine its five Otters’ actuators as part of a wide-ranging inspection before returning them to service next spring. The company offers seasonal flightseeing and air taxi service.

“We’re following the work of the NTSB and FAA in analyzing this tragic accident and will comply with whatever recommendations come from that,” Wings Airways President Arne Johnson said.

There have been at least 22 accidents in Alaska involving Otters since 2000, according to the NTSB’s database, including the 2010 crash that killed former Sen. Ted Stevens and four others. Most were attributed to human error, regulatory failures or other non-mechanical issues.

NTSB Chair Homendy says the Washington crash is the first time the agency has seen this exact problem.

“But what we’re seeking as part of this urgent safety recommendation is information,” Homendy said. “Once the operators conduct that one-time inspection, we want them to report information back to the FAA to see how widespread this concern is.”

Alaska is home to more than two thirds of the nearly 70 Otters registered in the U.S., according to an FAA database.

This story has been updated throughout with new developments.

The board says previous approaches focused on voluntary compliance have proven ineffective at addressing the unique hazards of flying in the area. 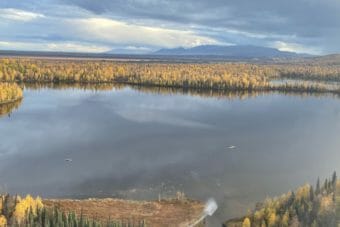 Planes in 2 fatal Alaska crashes had holes in their floats, NTSB reports

The information may shed new light on a crash near Skwentna that killed Anchorage pilot Janell Rude and a Fairbanks crash killed wilderness guide Jerald Stansel. 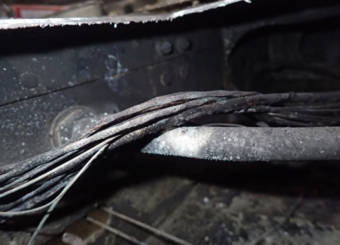