“Both boats sustained major damaged and both sank underwater,” O’Sullivan wrote in a news release.

The cause of the fire is officially undetermined, but O’Sullivan says investigators believe it might be related to an alcohol stove aboard the sailboat where the fire started.

Harbormaster Dan Berg says the owner of the 30-foot boat had just left when the fire broke out. Not long afterwards, the whole boat was in flames.

“Fiberglass burns really hot, and it burned through a couple of his tie-up lines, allowing the sailboat to drift over next to this boat he shares a spot with, which was a 28-foot Kingfisher aluminum boat. And that one burnt completely as well,” Berg said.

Flames also scorched the sail and canvas work of another sailboat, which sustained only minor damage.

Crews placed containment booms around the sunken vessels to prevent leaking fuel from polluting the harbor. Berg says the owners plan to raise and remove the boats in the coming days.

He thanked the Ketchikan Fire Department for its quick and effective response. He says it’s a good idea for boat owners to keep an eye on their vessels as fall turns to winter.

“This is a time of year where things like this happen,” Berg said. “People have heaters and heat lamps going in their boat, so they should make sure to check all that kind of stuff and also check their batteries and bilge pumps.”

Nearly two dozen firefighters responded to the harbor fire with 10 trucks from all three of Ketchikan’s fire departments. 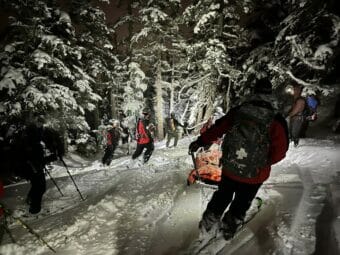 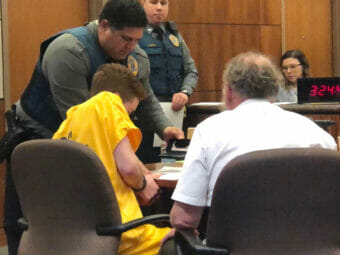