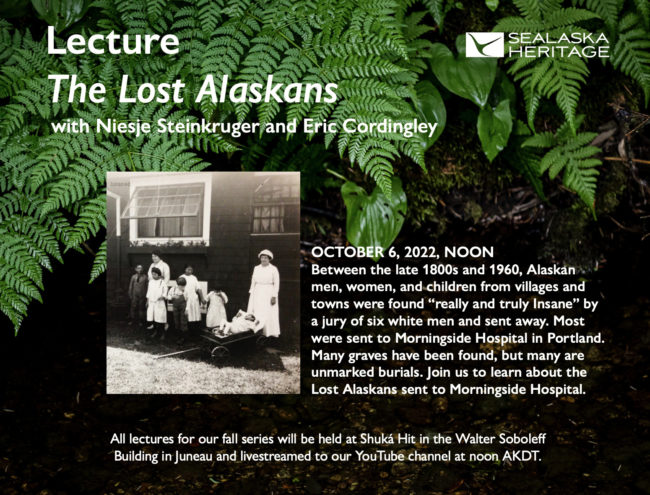 From 1904 to the 1960’s, more than 4,ooo Alaskans were sent to Morningside Hospital in Portland, Oregon, because the young state wasn’t able to provide treatment for mental patients. They were arrested and put on trial as criminals. After they were convicted of insanity, the judge issued an order committing them to Morningside.

Through Territorial court records, volunteer researchers have been able to find out what happened to many of the patients who never made it home. Some died. Others were released but did not return to Alaska, because they had lost contact with their families.

Research from the Lost Alaskans Project will be presented at two workshops in Juneau on October 6 and 7. The  sessions will also include a report from Eric Cordingley, a Portland volunteer, who has spent the last ten years searching for the graves of Morningside patients, who were buried in four different cemeteries. It’s been a tedious process, that has required him to crosscheck court records to identify the burial plots. Many were unmarked or covered over with plant growth.

Cordingley has created a virtual cemetery, with a list of 250 Alaska Natives who were patients at Morningside, as well as  a list of all known patients who were buried outside Alaska, which includes more than a thousand people.

Dr. Rosita Worl, president of the Sealaska Heritage Institute, which is sponsoring one of the workshops, says she recognizes many of the family names on Cordingley’s lists. Some might even be relatives. She says there are many parallels between what happened at Morningside and Native boarding schools, where children were taken away from their families to be assimilated into Western culture.

Worl says what happened at Morningside needs more research, to understand how Alaska Natives were traumatized by these institutions. She believes they could play a role in the reluctance of Natives to seek mental health care today. 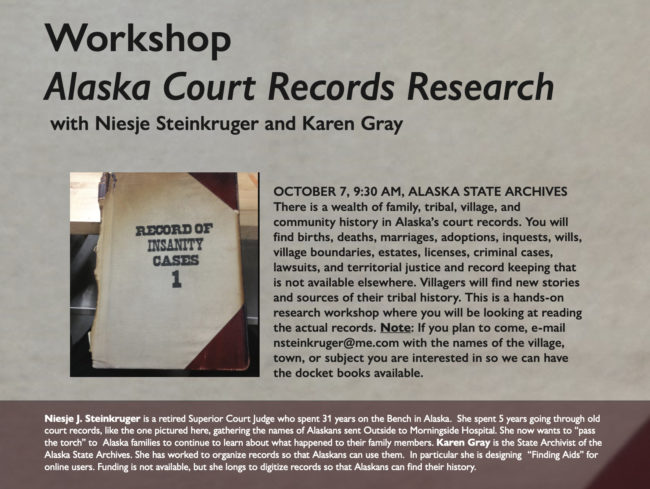