It’s hard to walk into a grocery store these days without thinking about the buzz-phrase “supply-chain problems.” The common sight of scattered empty shelves is the product of global supply systems that were shattered by the pandemic, and even more recently by the war in Ukraine.

Reported national shortages include meat, canned goods, coffee and wine. On the Kenai Peninsula, many grocers agree that it’s hard to predict which items will be unavailable during any given week.

He said the shortages come in strange waves — one week it will be tampons and pads, and the next, frozen pizzas.

“Honestly, that’s what it’s like. We don’t know. Ammo used to be a big problem, it’s not anymore,” he said.

Lately, it hasn’t been too bad. The only products Kolb said he’s missing at the moment are frozen items.

That’s particularly true for items that come from overseas, like souvenirs.

“It runs the whole gamut, from cigarettes to candy to souvenirs to anything. Almost anything. I’m taking a chance on what I order,” Mitchell said.

Souvenirs are especially important at the Cooper Landing store, which serves a lot of tourists in the summer.

Mitchell said the store has basic items available most of the time, but placing orders has become difficult and inconsistent.

Last year, he said, he only had to go through one vendor to get items. But with a lack of supplies, he’s had to diversify. Now, he has to go through three or four different vendors to get what he needs. That’s made purchasing for the store a major time commitment.

“I’m working on orders almost constantly trying to get stuff in here. So it’s been a challenge,” he said.

Those challenges resonate with Jenny Bushnell, the Kenai manager of the small chain Save U More. She said the seasoning liquid smoke and toilet paper are recent culprits.

She said that doesn’t even account for the cost of putting the product on a barge — which has to first make its way to Anchorage, then down to the store on Kalifornsky Beach Road.

For Bushnell, that means she’s paying higher costs for those products and changing up Save U More’s traditional offerings.

Save U More, like the store in Cooper Landing, is serving a primarily tourist customer base this summer. Bushnell said she struggles to meet the needs of customers who are only in town for a short while. By the time she’s able to bring in the missing products tourists are asking for, they’ve already gone back home.

But shortages aren’t hitting every grocery store the same way.

Jim Kolb of Three Bears said that besides a week without frozen items here or paper products there, Three Bears has, in general, been able to keep its nine Alaska stores well supplied. He attributes this to a strong buying staff and a willingness to seek out a variety of alternative vendors, something that larger chains might be likely to do. 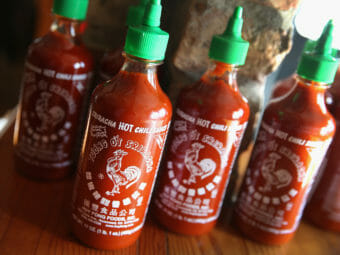 There's a nationwide Sriracha shortage, and climate change may be to blame

The company that makes Sriracha told customers it will have to stop making the sauce for the next few months due to "severe weather conditions affecting the quality of chili peppers." 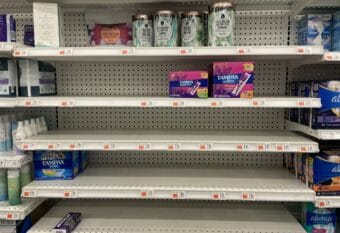 It's not just you: Tampons are harder to find — and pricier

Many women say store shelves that once had the menstrual essentials have been sparse for months. When they are available, tampons have been a lot more expensive recently, due in part to inflation. 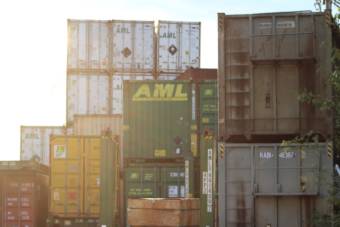 Barge rates have gone up in the new year across Southeast Alaska. But the rising cost of hauling goods into coastal communities isn’t the only reason a trip to the grocery store might be more expensive.