WASHINGTON, D.C. — Child care provider Damaris Mejia is about to get the biggest pay raise of her life, starting this summer: the District of Columbia will send her and her co-teachers each a big check, between $10,000 and $14,000.

At last, “I will have happy teachers!” she says, laughing.

It’s part of a broader push — made more urgent by the pandemic — as D.C. and dozens of states try different ways to fix a child care system that is badly broken. Some are using temporary pandemic aid, while others seek longer term funding. Last year, Louisiana passed a sports betting bill that designates 25% of revenue for early learning programs. Wherever the money comes from, advocates across the country say something must be done to ease the fundamental challenge of providing care families can afford, while allowing providers to earn a living.

Mejia has run Arco Iris ABCD out of her D.C. rowhouse for six years, with a decade of experience before that. On a recent afternoon, she chats with three toddlers as they draw the solar system. A few feet away, three babies nap. Mejia is proud of the quality care and early education she and two co-teachers provide, and research shows it’s crucial for children’s brain development and success in school.

To ensure that quality, Washington, D.C. is requiring more teacher training, which Mejia says makes her challenge even greater.

“We have one teacher who is in university right now, and then another teacher who has her child development associate’s degree,” she says. “So we have to be able to give them better pay … as the years go along.”

Mejia pays her teachers $17 an hour. Now, that’s well above the national median of $13 an hour that makes child care one of the country’s lowest paid occupations. But in pricey D.C., it’s barely above minimum wage, which became $16.10 as of July 1. Mejia earns about $30,000 a year. Her profit margin is so thin, she’ll sometimes forgo her own pay to meet bills, and she’s behind on taxes.

She says her pay bump will go first toward helping pay those back taxes. One of her teachers, Ana Gonzalez, says it will help her finally achieve a goal of having her own house; she and her 24-year-old daughter plan to split the cost and buy something together.

For years, families and providers have struggled with a system the U.S. Treasury Department calls a market failure. President Biden proposed a major long term investment to raise the wages of child care providers, and make it affordable or even free for working families. But that plan remains sidelined in Congress.

Perry says this year’s bonus checks to D.C. providers will launch a transformation that began before the pandemic. In 2018, she helped push through a law to help families pay for child care — D.C.’s is among the most expensive in the country at more than $2,000 a month — and to stem a shortage of early educators by paying them more on par with public school teachers.

“Their peers in the public school system, doing comparable work, might begin their careers making $60, $63,000 a year,” Perry says. “That’s a big gap.”

The new law was unfunded until last year, when the city council passed a tax increase on wealthier households. Among other things, that will fund the bonus checks to child care providers this year and next, until the pay raise is funneled into regular paychecks. But the tax increase will only cover less than a quarter of what the law calls for.

Thousands left the field when COVID-19 forced child care centers around the country to close, and early care expert Elliot Haspel says the industry still suffers from one of the worst labor shortages. He says it’s become crystal clear that if early educators don’t show up for work, millions of others can’t either.

“You can quite legitimately argue that if you want to reduce deficits, increase economic productivity, help with the supply chain, help with inflation, child care is a key economic policy,” says Haspel, the author of “Crawling Behind: America’s Child Care Crisis and How To Fix It.”

That’s why Haspel, Perry and others say the United States should invest far more in child care, and that federal funding is the only real solution. Haspel says it’s all the more urgent given the overturn of Roe v. Wade last month, since women denied abortions are more likely to fall deeper into poverty. But right now the U.S. ranks near the bottom of rich countries in public spending on early education.

“Even for the lower and moderate income kids who are eligible for subsidy under the current system,” Haspel says, “only one in nine are actually getting them,” largely because of the lack of funding.

The United States is also far behind most rich nations in the share of mothers with young children who are in the workforce. Recent research suggests child care subsidies could allow more than one million U.S. moms to work full-time jobs.

Last year, Texas offered one year of free child care for service industry employees. It was a bid to boost tourism, and the economic recovery, by getting more people working. But it was a bust and hardly anyone enrolled. Advocates blame bureaucratic hitches with implementation, and a disconnect with job hours.

“Your service industry employees often are working evenings, nights, weekends, and there is hardly any care available during those hours,” says Cody Summerville, executive director of the Texas Association for the Education of Young Children.

Summerville says Texas is also using federal pandemic aid to give child care providers sizable grants, and they have a lot of flexibility in how they can spend it. The money can go to defray rising rents and utilities, higher wages or a signing bonus to lure back teachers, or more training to give them a pathway to advancement. Still, he says, there continues to be intense competition as other industries have been raising their own wages.

“We see across the state, even with the increased funds to the field, that child care is still struggling to attract and retain employees. And there are waitlists at most centers across the state,” he says.

What’s more, he says Texas is only able to provide child care subsidies to 7 percent of families who qualify for them, even lower than the national rate. That means a wait list of more than 40,000. And in addition to those wait lists, there are many frustrated people like Tabitha Burkman.

“We make too much to get help, but we don’t make enough to actually help ourselves,” says the mother of three who lives in Stamford, Texas.

Her husband is a truck driver, and in the past she’s worked as a behavioral teacher’s assistant in mental health for at-risk children. She says in three different states they have failed to qualify for assistance of any kind. Most recently, even on her husband’s income alone, they were deemed $23 over the cutoff.

Burkman is looking for work and open to whatever she can find in Abilene, about 45 minutes away from her small town. She says it makes no sense to take a job if everything she earns just goes to child care, but it’s tough finding work without any coverage. She just lost out on two positions because “my availability and flexibility just wasn’t there for them.”

In the meantime, “I’ve just been picking up work where I can, whether that’s mowing someone’s grass, scrubbing a toilet, just anything and everything.” She says she is excellent at budgeting, and “I have fed a family of 5 and 2 dogs on $65 a week.”

New Mexico wants to create its own universal child care

In New Mexico, Rosalinda Velarde says she and her husband are lucky to have wonderful child care, and before the pandemic they paid a subsidized lower rate.

But these days, they pay nothing. New Mexico is using federal pandemic aid to dramatically expand subsidies, making child care free not just for low income families but also those well into the middle-class. Velarde says it’s been a lifesaver, especially with a new baby, and her husband’s recent career switch to driving trucks. Plus, of course, inflated prices for everything.

“Now, instead of using it for child care, I’ll use it for gas,” she says with a laugh. “You know, it’s either one bill or the other.”

But that expanded free child care — as with so much other child care spending around the country — is set to end next summer, when the federal aid stops. Many advocates worry that will bring more pain for providers and parents.

New Mexico hopes to cushion the blow. In fact, its pandemic spending is part of a long-term project aimed at “building a universal, high-quality, and family-centered early childhood system,” says Elizabeth Groginsky, the state’s Secretary for Early Childhood Education.

As a next step, this fall a ballot measure will ask voters to OK use of a share of the state’s oil and gas revenues to permanently fund early education. 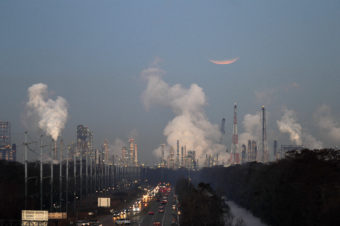 The spending bill will cut emissions, but marginalized groups feel they were sold out

The Inflation Reduction Act is the biggest ever investment to tackle climate change. But there are signs that it could reinforce existing environmental inequalities. 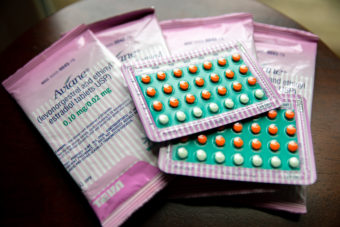 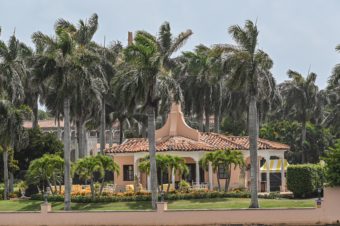 The documents include both the search warrant and the property receipt, which outlines what was taken by authorities.