The Anchorage Assembly approved a measure Tuesday night that adds to city code a process for removing a mayor for breaching the public trust.

There are a dozen offenses that would constitute a breach of public trust, including perjury, asking a municipal employee to break the law, and falsifying records.

The 9-3 vote approving the measure followed weeks of debate spanning multiple meetings. Mayor Dave Bronson, a conservative, has consistently and adamantly spoken out against the ordinance, arguing that it’s a partisan attack on him from the mostly left-leaning Assembly.

“There already exists a method for removal of a mayor,” Bronson said. “It’s called a recall. Why is this method not good enough? No mayor, present or future, should be subject to a coup by an Assembly that doesn’t agree with his politics.”

The new ordinance does not get rid of the ability for citizens to organize a recall, it just adds another way to remove a mayor. Now the Assembly or municipal board of ethics can start the process by approving an accusation document. The municipal attorney or a neutral third-party attorney would then conduct a legal review and, if the accusations are found to be valid, the mayor would have an attorney defend them against the charges.

Assembly vice-chair Chris Constant, who authored the ordinance, said the measure would only apply to offenses committed after its passing, and would not be retroactive. A similar process was already in place for the removal of Anchorage Assembly and Anchorage School Board members.

Ahead of the vote, Daniel Volland was sworn in as the new 12th member of the Assembly, representing North Anchorage. Volland spoke in favor of the ordinance, describing it as part of the checks and balances between the city’s legislative and executive bodies.

The passing of the ordinance was met with boos from many audience members, with several people calling the Assembly cowards. 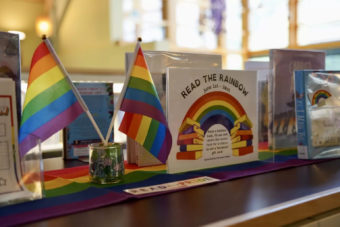 Only people who live in unincorporated areas of the borough will be eligible to vote on the measure. 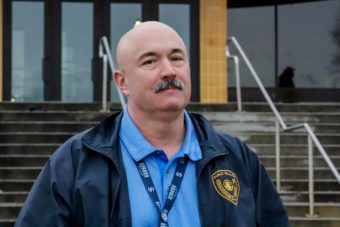 Gerace doesn’t have a master’s degree, let alone two, records show. And he isn’t a member of the National Guard, either.