Three crew members were safely rescued after their fishing boat sank underneath them about 50 miles northwest of Sitka on Monday.

The U.S. Coast Guard reports that the 37-foot power troller Miss Amy radioed for help after it began taking on water in the vicinity of Porcupine Rock, just offshore of the entrance to Lisianski Strait. The Coast Guard issued an urgent marine information broadcast asking for help from any vessels in the area.

Two good Samaritan boats — the Cirus and the Lucky Strike — responded and pulled the Miss Amy’s crew from the water. They were then hoisted aboard an Air Station Sitka helicopter and transported to Mt. Edgecumbe Medical Center for treatment.

The Miss Amy is reported to be on the bottom, in about 150 feet of water. The vessel is registered to an owner in Hoonah. 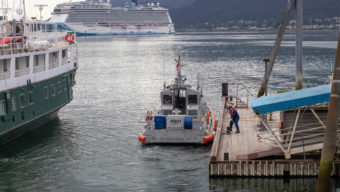 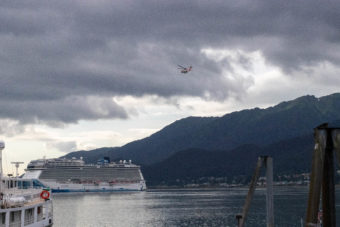 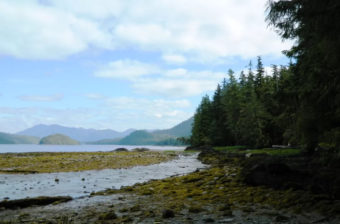 It’s the second backcountry rescue in the Ketchikan area in less than a week.