Inspired by her experiences growing up in Juneau and hearing the history of Juneau through her family, she began researching local legends of Asian residents more in-depth.

She told KTOO’s Yvonne Krumrey that the book’s intention is to interrogate what histories are told — or not told — about Alaska Native and Asian people in Juneau.

This interview has been edited for length and clarity.

How did you enter this field of study?

I really wanted to try to look at different communities of color and linkages. And also think about race, gender and sexuality in conversation.

I kind of quickly realized I wanted to also have indigeneity be really central to what I was doing. I’m now a professor and I teach primarily in race, indigeneity, gender and sexuality. And I’m really wanting to look at Asian American histories, Asian American cultural action in relation to Indigenous peoples, lands and knowledges. So that’s really how I think of my work now.

What in your research on Juneau did you find to be the most surprising or, conversely, validating based on your experience growing up here?

Well, I started with stories that I knew, stories that I had heard growing up. That was a lot of the way that I found the specific kind of histories that I would look at, for my book. I think in terms of Juneau, I want to think primarily around China Joe.

I had always suspected that there was more to the story, even though there’s a lot of the story that is told over and over around China Joe. Often people said he was the only Chinese in Juneau and, realizing that he wasn’t the only Chinese, that there were other Chinese immigrants who had come in and out of the city, through the years in his life.

It became clear that I wanted to look at the 1883 lynching of three Lingít men and how we don’t know that part of the history, the way that we know China Joe’s story and the driving out [due to the Chinese Exclusion Act] that happens only three years after.

I call it a lynching, because it was vigilante violence. Two of the men were hanged and one man was shot. The white miners of the town, 60 to 70 white men, collectively pulled on the hanging rope to avoid individual responsibility. So I want us to think about that. This wasn’t random. It wasn’t bad apples. This was the functioning of the town. These are the foundational violences of the town and I want us to think about that, right?

And that was both surprising to learn about, and sort of unsurprising, and thinking about the long history of frontier towns and unfortunately, frontier violence.

China Joe is a figure in ‘Space-Time Colonialism.’ Who was he?

I look at China Joe in two ways. I look at him as a historical figure. He is a Chinese immigrant who’s important to Juneau’s founding history. He came to Alaska as part of the Gold Rush period, originally in the 1870s, in Cassiar, in Canada, and then he was in Juneau by 1881. And he establishes the city’s first bakery, and he remains in Juneau for the rest of his life until he passes away in 1917. So we know about him as a historical figure. That’s pretty important, right?

People who grew up in Juneau and spend time in Juneau or even some folks who come off the tour ships will be familiar with the folklore: that he, in the 1870s saved starving prospectors during a winter freeze in the Cassiar mining district, present-day British Columbia, and Tahltan-Athabaskan homelands. There were prospectors who were trying to wait out the season. And it was a particularly bad one. The last steamboat didn’t arrive with provisions and people were starving. And China Joe the baker baked and saved everybody, right? And in some ways, it’s a Loaves and Fishes story. With his flour, he fed everyone and he saved prospectors.

Then the second part of his story is that, in 1886, when Chinese miners were driven out of Juneau, the old-time sourdoughs, those who remembered him from the Cassiar, protect China Joe, and don’t allow him to be taken and driven out. As the law would have it, he’s the only Juneau Chinese who’s allowed to remain in Alaska’s gold country. Right? That’s the folklore. I look at China Joe both as a historical figure and a folkloric figure. And I want to reconsider both the person and the mythology.

What impact has the tourism landscape had on Asian people living in Juneau now? 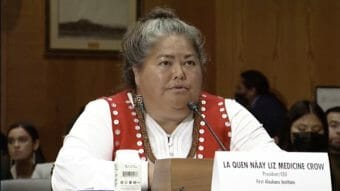 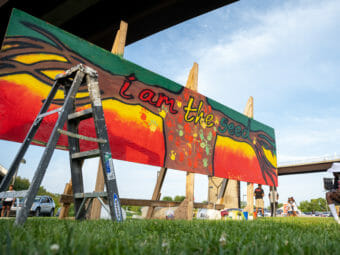 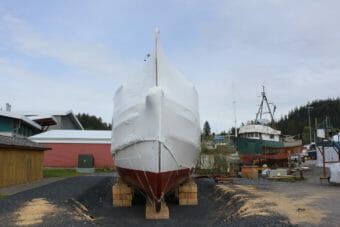 The 62-foot vessel was built in 1925 and spent decades patrolling the waters of what’s now known as the Tongass National Forest.