In January, Lottie Connelly got a call from her babysitter. They were out of formula, and her 10-month-old baby girl, Sloane, was hungry. On her way home from work, Connelly stopped by her local grocery store in Homer. She was looking for the formula she knows Sloane likes most: Enfamil Enspire.

“They did not have her kind in, so I bought the same brand just different, and she would not drink it,” Connelly said.

She got in her car and started driving to Soldotna, about an hour and a half north of Homer. She checked Fred Meyer, Walgreens and Walmart. No luck.

“So I panicked, obviously, because there was no food on the Peninsula,” she said. “I had to drive all the way to Anchorage at 10 o’ clock at night to see if I could find her formula. When I got there, I went to every grocery store I could and bought a couple from each store.”

She bought six containers on that first trip to Anchorage. That was enough to feed Sloane for about a month. Since then, she’s been driving to Anchorage twice a month in search of formula.

Connelly isn’t alone. In one Anchorage-based Facebook group, dozens of shoppers share photos of store shelves so others can see where baby formula is in stock. A formula exchange page created by a mother in Kodiak now has more than 15,000 members. Staff in the mother-and-baby unit at Providence Children’s Hospital in Anchorage say they’re out of formula samples. Another page, called Human Milk for Human Babies Alaska, has nearly 2,000 members — a mix of donors and moms looking for milk.

How has the nationwide baby formula shortage affected you in Juneau?

Parents across the state and country have been facing an infant formula shortage since February, when the country’s largest formula manufacturer, Abbott, recalled products made at its plant in Michigan after four children became sick with bacterial infections. Two of them died.

Because there are so few infant formula manufacturers in the U.S., that recall had a ripple effect as parents bought other brands. Ongoing supply chain issues related to the pandemic have also played a role. Some stores are limiting the number of containers customers can purchase at once.

Dr. Monique Child, an outpatient pediatrician in Anchorage, said her patients are having to adapt. Like many other pediatricians, she’s started giving away the formula samples that manufacturers send to her office.

“Last week, maybe a week and half ago, was really when the shortage seemed to hit the shelves in Alaska,” she said. “I started to have moms that were calling somewhat desperately afraid they couldn’t find formula for their babies.”

Child has worked with moms and babies to figure out what kinds of changes they can tolerate. One option for older babies is to try out a new type of formula. That can cause diarrhea or vomiting that usually clears up in about two weeks, Child said. Gradually introducing small amounts of the new formula can help, according to the American Academy of Pediatrics.

Child said it’s important to work closely with a pediatrician during a formula switch to ensure that it’s happening safely.

“It’s just like you or me — if we suddenly changed the bulk of our diet, our GI system takes a moment to get caught up to the change,” Child said.

Adding extra water to formula, making homemade formula or switching to goat milk or plant-based milk are not recommended by pediatricians. Older babies may be able to switch to cow’s milk, which generally happens after a baby turns one.

“One of my moms called, and they were four days away from their one year old birthday, and I’m like, ‘You might be fine switching to milk,’ and fortunately that baby was,” Child said.

Younger babies don’t have as many options.

“I worry about those babies kind of in the middle — for whatever reason we stopped breastfeeding at birth, we’re now 6 months old, we’re not old enough to really switch to cow’s milk, we’re pretty established on formula,” Child said.

A woman might not breastfeed for a variety of reasons. A mom might be returning to work and unable to breastfeed. Mothers of premature babies often rely on milk donations at the hospital, but Child said only about 10% of mothers produce enough milk to donate extra.

When Connelly couldn’t produce enough milk to feed Sloane shortly after her birth, a friend gave her extra breast milk. Connelly said there’s been pressure, especially online, for Anchorage moms to do the same thing during the formula shortage.

“People are like, ‘Why don’t you just donate breast milk?’ They don’t have to do that,” Connelly said. “It’s out of the kindness of their hearts that moms even do that.”

Child encourages all of the mothers she sees to breastfeed if they can. But she agrees no one should be pressured or forced to.

“We’re in a time in history where bodily autonomy is something we need to think about,” she said.

Connelly tries to help out fellow moms when she can. In one local Facebook group, Homer residents ask if anyone in town needs something picked up in Anchorage. Next month, Connelly plans to drive to Anchorage and get formula for other parents. Between gas prices and hotel room costs, she knows not all families can afford the trip.

National efforts to alleviate the shortage are underway. In an op-ed in The Washington Post, Abbott’s CEO said he expects to reopen the Michigan plant by the first week in June, and that it’s increasing production at its facilities in Ohio and Ireland. Alaska Sen. Lisa Murkowski co-sponsored the Access to Baby Formula Act. Last week, President Biden invoked the Defense Production Act and required suppliers to prioritize getting baby formula ingredients to manufacturers. In many states, including Alaska, recipients of WIC — the Special Supplemental Nutrition Program for Women, Infants, and Children — can temporarily use their WIC cards to buy a wider range of brands. And over the weekend, a shipment of formula arrived in the U.S. from Germany.

As for Connelly in Homer, she recently ordered formula from a company based in Holland. In the meantime, she and other moms are keeping an eye on Facebook and helping each other out when they can.

How has the nationwide baby formula shortage affected you in Juneau? Reach out to KTOO’s Claire Stremple to share your story. 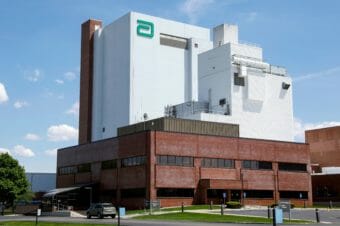 Several babies were sickened and two died after consuming formula made at the plant. 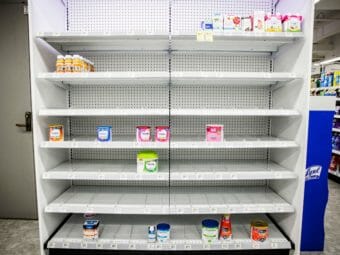 As the baby formula crisis worsens, it's also magnifying disparities in the US

Empty store shelves. Frustrated parents. The formula shortage has upended life for millions of families across the nation and magnified longtime disparities in how infants receive nutrition. 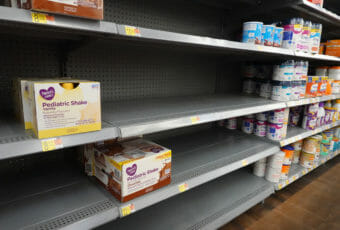