In a press conference Tuesday Gov. Mike Dunleavy said the problem is only intensifying. The state’s High Intensity Drug Traffic Area task force seized twice as much fentanyl in the last three months than they did in all of 2021.

“It’s incredibly deadly at an incredibly small dose,” Dunleavy said. “Parents, kids and all Alaskans must understand this poison—and that’s what it is—is in our state in many different forms.”

He said he will work with the state legislature to increase the punishment for drug trafficking and told drug dealers they’re in for a “rude awakening.”

Dr. Tom Quimby joined the governor for the press conference. He directs the Emergency Department at Mat-Su Regional Medical Center, a region hard-hit by overdoses.

“What I see happening every day in our emergency department is that this problem knows no bounds. It crosses all levels of our society. I see people in all socioeconomic classes, all ages, all religions, all races, living in all geographic regions, all political parties who are affected by this,” he said.

Sandy Snodgrass’ 22-year old son died of a drug overdose last fall. She said she would do everything in her power to spare another parent from surviving the death of a child.

“There are many parents that I know personally in this room. It is too late to save their children. But they’re here today to save your children,” she said. “Please help us: carry Narcan. Talk to your children tonight about fentanyl.”

Narcan is a brand of the overdose reversing drug naloxone. The state just received 11,000 more doses that it will give away for free in kits that include fentanyl test strips. 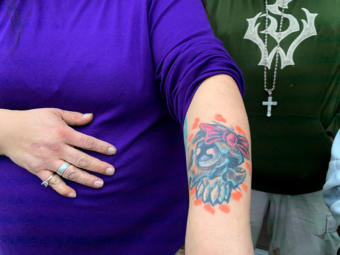 A week after a fatal police shooting, a community searches for answers 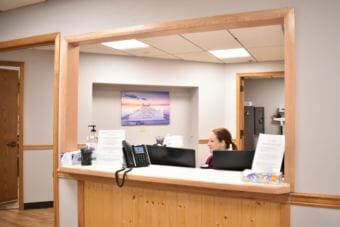 The new clinic is different in a few ways. It’s a for-profit company and it doesn’t currently offer in-house counseling — and that has some in providers in the community worried. 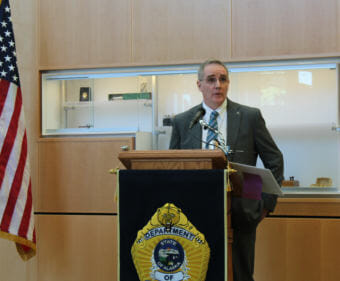 Troopers point to collaboration with partners as its principal means for combating a growing demand with diminished resources for policing.