Advocates for police accountability are holding a rally this Friday to mark the third anniversary of the fatal shooting of a 31-year-old Black man by Anchorage Police.

The rally, organized by the Alaska Black Caucus, comes as the Anchorage Police Department continues to sort out its body-worn camera policy after voters approved the purchase of the cameras last year.

The shooting of Bishar Hassan on April 1, 2019 was captured on dash cam footage.

Hassan was shot multiple times by three officers who were investigating a report that an armed man was walking into traffic near downtown Anchorage. At the time, Anchorage police said that Hassan pointed what looked like a handgun at officers before officers shot him. It was later determined that Hassan was holding a BB gun.

Then in February, lawyers for Hassan’s family shared the dash cam footage of the shooting with NBC News. The video shows officers immediately firing on Hassan after he pulled the BB gun from his waistband.

“When Mr. Hassan lay, dying, there was no aid rendered to him for over two minutes,” Hodge-Growden said. “Now that is very concerning, after he was hit, I believe, six times and shot at over 20 times.”

Anchorage police have declined to comment on the footage.

The Alaska Black Caucus organized the upcoming rally with support from Hassan’s family. Hodge-Growden said one of the reasons for the rally is concern over how the Anchorage police are trained to de-escalate dangerous situations.

She compared Hassan’s shooting to an incident earlier this month where an Anchorage man fired on officers in a lengthy standoff that resulted in one officer getting shot multiple times. The suspect, 28-year-old white man Dillon Spring, eventually walked out of the building and was arrested.

“I’m not sure how long that standoff was, but they de-escalated to no end,” Hodge-Growden said. “And that brought about a positive ending, that that person is still alive.”

Anchorage police officials also declined to comment on the difference in de-escalation tactics between the two cases, beyond stating that the situations were different and “each has its own dynamics which directly affect the tactics used as well as the outcome.”

Rally organizers say another concern is that the footage of Hassan’s killing wasn’t immediately available to the public.

The Anchorage Police Department is still finalizing its body-worn camera policy, which will include how and when footage is released to the public.

Anchorage police officials say the police union is currently reviewing the draft policy. Under the policy, members of the public or affected parties could get footage through a public records request that — according to police officials — would “be processed in accordance with Municipal and State records release and privacy restrictions.”

The Alaska Black Caucus and other advocates have criticized the draft for not being accountable or transparent, with advocates concerned that footage of police shootings aren’t automatically released, and the lengthy process to get footage through a records request.

Rich Curtner co-chairs the justice committee for the Alaska Black Caucus. He said it’s just coincidence that the rally for Hassan is taking place as police work on their body camera policy. He said the rally has been planned for months and coincides with the date Hassan was killed.

“Personally, we thought we would have body cams by now,” Curtner said. “And it’s just an illustration of the frustration of getting the body cams. They kind of go hand-in-hand as far as looking at what we want for accountability and transparency with the police department.”

The rally in support of Hassan and further police accountability is scheduled for Friday, April 1, at 5:15 p.m. in the Anchorage parking lot at the intersection of 16th Avenue and A Street, which is where Hassan was shot. A similar rally is scheduled in Fairbanks at 5 p.m. the same day. 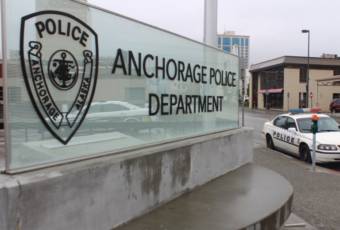 A state prosecutor who reviewed the case and wrote the report declined to press charges against the officers. Through their lawyer, the family has disputed police accounts and the report’s findings.