A new oversight board tasked with revitalizing Alaska’s state-run ferry system met for the first time on Feb. 11. Members of the nine-person Alaska Marine Highway Operations Board heard about new opportunities from the promise of hundreds of millions in federal funds expected to flow into the system. But there will be some difficult decisions ahead on how best to invest the money.

Shirley Marquardt, a former executive director of the marine highway, was selected to chair the Alaska Marine Highway Operations Board. The Alaska Legislature created the board by unanimous consent last year.

The former Unalaska mayor remarked that the combination of federal funding and united support for the ferry system was an opportunity to finally modernize the fleet, which largely relies on ships built in the 1960s and 1970s that are decades past their service lives and frequently break down.

The new board replaces the now-defunct Marine Transportation Advisory Board, which had little practical authority. That looks less likely to be the case with the new group, which includes appointees from both the House and Senate as well as the governor.

Board member Keith Hillard, a captain of the Matanuska ferry, was nominated by the three ferry unions. He complained of poor maintenance planning and a lack of coordination from shoreside management for keeping his ship in the yard for 17 weeks rather than the scheduled eight.

“The chief engineer and I had no idea what was planned, what work was planned what was scoped going into the yard,” he said.

Hillard says repairs are routinely delayed due to cost-cutting. That leads to deferred maintenance until it snowballs. The Matanuska’s problems stemmed from rotted steel that he says had been identified by engineers as early as 2016, but the work wasn’t authorized by management.

“Coast Guard saw it this year and said, ‘What’s this? Why didn’t you fix this? Can’t let it go like this anymore,’” he recalled. “So we’re getting into the yard and then making the plan, versus having a plan before coming into shipyard.”

Another challenge facing the ferry system is a crew shortage. More than 70% of entry-level stewards jobs are vacant.

Marine Highway general manager John Falvey told the board that the entire maritime industry is struggling with crew.

“We are working very hard to try to hire more vessel, vessel staff back, we’ve we’ve lost quite a few from COVID, things like that,” Falvey said. “We’ve got a pretty aggressive marketing campaign in place, we’re working very, very closely with the Department of Labor.”

Unlicensed crew members don’t have guaranteed work hours. When ships are laid up for cost-cutting or go into overhaul, Hillard says they are left high and dry.

“They pretty much get a forced four-month layoff, and unfortunately a lot of them find year-round jobs during that time and don’t come back,” he said.

It’s possible that a shortage of trained crew could delay sailings when demand increases later this year.

“Staffing goals for the summer season will not be met at current recruitment rates. If staffing goals are not met by March 1, Columbia will not be available for operations on May 1,” the agency wrote in a memo to the board.

Reforming the organizational structure of the marine highway is also something the oversight board may tackle. Previous proposals have been floated to create a public corporation or a ferry authority with more independence from the executive branch. It would also allow for long-range funding rather than going to the legislature each year.

John Falvey, the marine highway’s top operations official for nearly 18 years, admitted these are all conversations worth having.

“I mean, we have processes, but are they the best way to be doing it?” he said. “And we’ve been doing it a certain way for a long time. But maybe we’ve got to retool, and try to do things differently — and I know that.”

Tough questions about how to invest federal windfall

Gov. Mike Dunleavy has proposed using $135 million in federal money to fund the ferry system in the coming year. That would effectively reduce the state’s contribution to zero.

That idea is already receiving pushback. Southeast Conference, a regional civic and industry organization that advocates for economic development, passed a resolution earlier this month calling on the Dunleavy administration to primarily invest the federal funds into long-term needs of the ferry system.

Executive Director Robert Venables made that pitch to the operations board.

“We know that some of those funds should be and need to be used for operations,” Venables said. “But at the same time want to find that balance between just consuming those funds, and use those funds for long term investments.”

Ferry operations board members expressed interest in meeting frequently for shorter meetings. And it could hold its next session later this month. 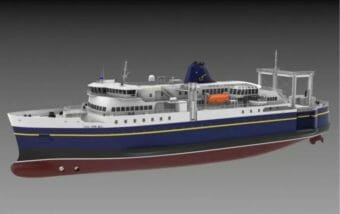 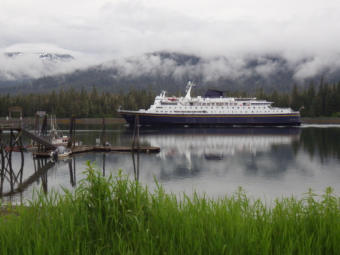 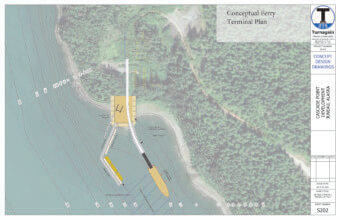