Dave Kubiak spent a recent rainy Thursday stacking the deck of his boat, the Laura Lee, with crab pots in preparation for Kodiak’s tanner crab season. He says the night before the season is always exciting.

“We’ll leave in sufficient time to get there and to go someplace and anchor up,” he said. “And then wait for the morning, and then run out and get all nervous and jittery on the opener. Which is silly, but we do.”

Kubiak says he got a nickel per pound for tanner crabs back in the 1960s. Due to low supply and high demand across the country, prices for this season — which opens Jan. 15 — are much higher. The Kodiak Crab Alliance Cooperative and local canneries agreed to $8.10 per pound.

“This is a bigger quota than we’ve had in a while. The last three seasons, we’ve had have been near the regulatory minimums,” said Nat Nichols, a Kodiak-based area management biologist with Fish and Game.

Nichols says that starting back in 2001, the agency started seeing local tanner crab numbers surge every few years. He’s been tracking this year’s cohort since 2018.

“And that’s exciting,” he said. “It looks promising for the next few years at least because this is sort of the front edge of that [2018] pulse of crab, and there are quite a few crabs behind them.”

For Kubiak and the crew of the Laura Lee, that’s even more exciting than preseason jitters.

“You don’t have to catch a lot of crab to make some money,” said Kubiak. “And of course that trickles down to the community, that goes to crew, that’s money in crews’ pockets. It’s wonderful.”

Kodiak’s tanner crab fishery will remain open until this season’s quota is caught. That could be just a few days, or it could be a week or more, depending on conditions. Seventy-nine vessels had registered as of Friday, Jan. 14, for this year’s tanner season, but Nichols said he expected a few more boats to register throughout the weekend.

It would be the first time in Alaska’s history that people could raise animals like crab in hatcheries and release them into the wild to support commercial fisheries. 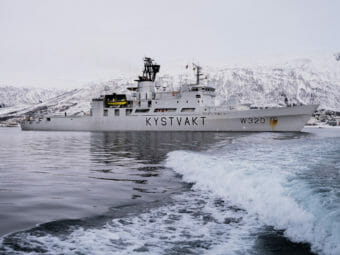