Two of Iditarod musher Ryan Redington’s sled dogs were still recovering on Wednesday after a snowmachine crashed into his team this weekend during a training run in Wisconsin.

Redington lives in Knik but has been training on the Tri-County Corridor Trail in Northern Wisconsin for years.

On Saturday night, around 6:45 p.m., Redington said he was mushing his team on the trail when he saw a snowmachine barreling toward him at a high speed.

“The person struck the dogs as he went by, and one dog went flying in the air,” Redington said.

The dog was 3-year-old Wildfire, one of Redington’s lead dogs, whose leg was broken in two places, according to Redington. Doctors told Redington that his other dog, Willy, had a bruised bone.

Willy is expected to recover in a few weeks, but Wildfire needed surgery Monday, Redington said. He expects at least one more surgery this week. Both dogs are out for the rest of the mushing season.

Redington said he narrowly avoided injury by tipping his sled over to the edge of the trail.

“Wildfire’s position is the wheel position, and that position’s just a few feet in front of the sled,” he said. “It was very terrifying.”

Redington said the snowmachine rider didn’t stop after the collision. Redington reported the hit-and-run to the Bayfield County Sheriff’s Office. Officials there did not respond to calls Wednesday for comment. The Anchorage Daily News reported that the investigation into who struck Redington’s team is ongoing.

Redington said he resumed training on Tuesday with his dog team, but two of his top dogs — Wildfire and Willy — will have to sit out from racing this year. Wildfire was on Redington’s Iditarod team last year, and Willy led his winning team during the Kobuk 440.

“It’s a bummer,” Redington said, “but we do have a good team and we’ll still try to do the best we can in the races and I’m going to be thinking a lot of those dogs while I’m out racing and training.”

Redington’s mushing partner Sarah Keefer set up a GoFundMe page to help pay for the surgeries for Redington’s dogs. The goal was $9,000. More than $38,000 had been raised as of Wednesday afternoon, which Redington called heartwarming and a blessing. 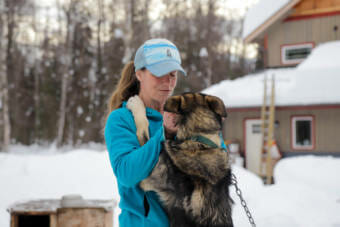 How mushers without big sponsors afford the Iditarod

Getting to race in the Iditarod takes months of preparation and training — and a lot of money. 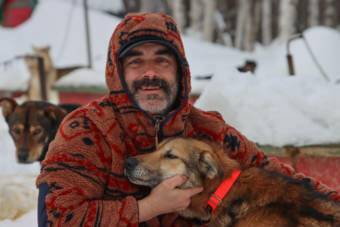 Through the worst of the pandemic and personal tragedy, Matt Paveglio said he’s relied on the dogs for distraction, support and to get him out of his head and into the mountains around the kennel. 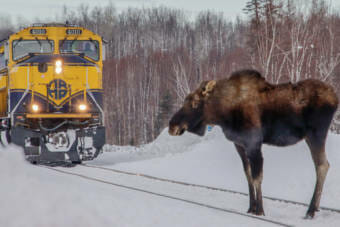 Reports of aggressive moose have spread south, including into areas that Iditarod mushers will pass through.