Ballot counting during Anchorage’s next election will now be livestreamed 24/7, and election observers will need to register and be trained by the city.

Those are among several changes and updates to the city’s election processes that the Anchorage Assembly approved on Tuesday in a 10-1 vote.

Passionate public testimony, much of it opposed to the changes, forced the Assembly to take up the issue at a special meeting on Tuesday after it ran out of time at a meeting last week.

“A lot of this was brought on by the contentious election that was held this year,” said East Anchorage Assembly member Pete Petersen. “And so we felt we needed to make some changes to clarify the rules so that everyone knows what the requirements are.”

Assembly members who pushed for the changes said they were routine updates to the city’s election process that have happened most years since the 1980s.

“It is a regular process that has been happening for decades in this city,” said Midtown Assembly member Felix Rivera, who said he’d counted roughly two dozen code updates to the city’s election process since 1980.

But the updates this year drew more public attention in the wake of unproven claims of voter fraud in the 2020 presidential election. In Anchorage’s local election this year, workers also faced “unprecedented harassment” according to a report by the city clerk. Dave Bronson won the race for mayor narrowly, but publicly cast doubt on election processes, part of a national trend among some conservatives.

Several of the changes approved Tuesday focused on the election observers and the clerk’s authority over them.

Under the new rules, the clerk can limit the number of observers at the election center to as few as one per candidate or campaign. Each candidate can have up to four designated observers per polling place and the clerk’s decision to reduce observers would apply to both sides equally.

“If they have to be reduced, it’ll be equal,” said City Clerk Barb Jones. “That’s an equal protection issue.”

Chugiak/Eagle River Assembly Member Crystal Kennedy proposed an amendment that would have included the city attorneys in any decision to reduce the number of observers at a specific polling site. That amendment was voted down after other members raised concerns about the clerk’s ability to make quick decisions during unusual or emergency circumstances.

The new rules also require observers to tour the election facility as part of their training. And they clarify that observers can only challenge election officials on voter eligibility, signature verification, ballot adjudication during vote counting, though they can still submit complaints about irregularities they see.

Chugiak/Eagle River Assembly member Jamie Allard cast the only vote against the changes.

Anchorage Assembly approves process for removal of a mayor

The new ordinance does not get rid of the ability for citizens to organize a recall, it just adds another avenue for a mayor to be removed. 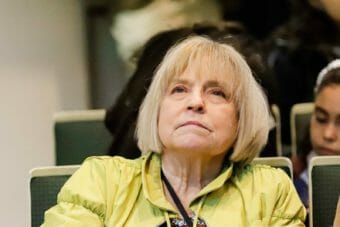 Anchorage’s top library administrator was being investigated for workplace complaints. The mayor fired the investigator.

The Anchorage Library’s Deputy Director Judy Eledge was being investigated over allegations that she made statements librarians found offensive when Mayor Dave Bronson’s administration fired the person investigating her. 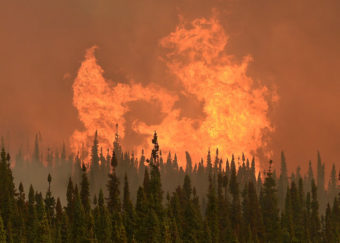 Forestry officials warn of dangerous fire conditions across much of Alaska

The National Weather Service has issued Red Flag warnings for all of the central Interior and most of Southcentral and Southwest Alaska.