The Alaska Permanent Permanent Fund Corp. board of trustees voted 5-1 on Thursday to remove Executive Director Angela Rodell from the position, effective immediately.

It’s not clear what led to the change in leadership. There was no public discussion of why the board removed her before or after the vote.

The vote came quickly after the board ended a closed session to discuss the annual performance review of Rodell’s work. The board held a similar session focused on Rodell yesterday.

Corporation Chief Financial Officer Valerie Mertz was appointed to serve as the acting executive director. Mertz has been the CFO since 2012.

Rodell had served as the head of the corporation since 2015. The fund grew from $51 billion to $81 billion during her tenure.

In September, Rodell raised fundamental questions about whether the board was committed to the corporation’s independence. She raised these questions after State Revenue Commissioner Lucinda Mahoney, a trustee, proposed cutting the amount paid to corporation staff in the annual budget.

Rodell asked whether the board was committed to building the corporation’s capacity to manage its investments using its own employees. She said an alternative would be to end the corporation as a separate body and move the permanent fund to be under the control of the Department of Revenue.

The two members of Gov. Mike Dunleavy’s cabinet who are trustees – Mahoney and Natural Resources Commissioner Corri Feige – voted against the corporation’s budget proposal in September.

At the September meeting, Mahoney had proposed cutting $900,000 in employee pay from the $218 million budget proposal. She expressed concern with what she said were the “optics” of paying corporation employees more during a period in which the Legislature has paid for smaller permanent fund dividends than what would have been paid under the formula in a 1982 state law.

William Moran was the sole vote against removing Rodell. He had served as the board’s chair for one year, through the late September board meeting. Craig Richards replaced him as the chair.

The trustees who voted for Rodell’s removal were Steve Rieger, Ethan Schutt, Feige, Mahoney and Richards.

This story has been updated with additional information. 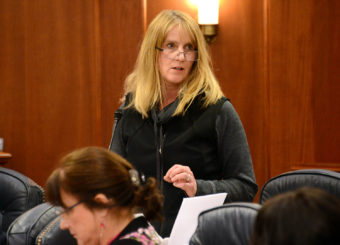 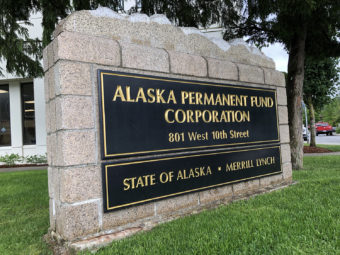 The decline will not have an immediate negative effect on state finances, but continued losses would reduce available cash for services and dividends.