Federal environmental investigators will be in Sitka this week to examine the cause of a recent oil spill.

On Nov. 18, oil was discovered seeping from a crack in the seawall near the Sitka Sound Science Center as water was being pumped from a pond during routine maintenance of the center’s hatchery pens. More than a week later, the source of the spill remains unknown, and state officials have backtracked from an early statement that cited the Sitka Fine Arts Camp’s campus.

According to a press release from the Alaska Department of Environmental Conservation, no oil leaks have been observed in the area since the day after the spill was discovered, but containment booms are still being used to block any future spills.

The initial DEC report said a potential source was identified uphill of the Science Center, on the Sitka Fine Arts Camp campus. But in an interview with KCAW, camp director Roger Schmidt said DEC had jumped the gun.

Schmidt says the camp has been working for ten years to clean up hazardous waste on campus, and that DEC’s decision to identify it as the sole source is “pretty frustrating.”

The DEC’s press release on Friday walked that back, identifying the Fine Arts Camp, Science Center and State of Alaska as property owners in the area and “potential responsible parties.”

According to the release, the “responsible party” won’t be determined until investigators can find the source of the spill.

DEC spokesperson Sarah Moore said Environmental Protection Agency employees will be in Sitka to review historic records to help identify possible sources in the area. They’ll also do a more robust assessment of the spill site.

Moore said several sites could be associated with the leak, including a former power plant. 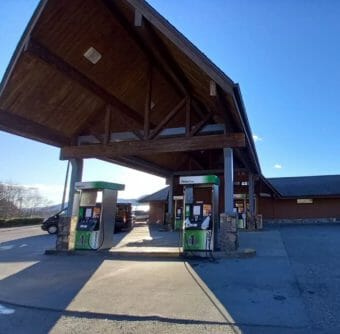