According to a Coast Guard press release, watchstanders in Juneau received a call over VHF radio shortly before 11 p.m. from the crew of the fishing boat Julia Breeze. The group of four reported the 53-foot boat was taking on water, and they were abandoning ship about 13 miles west of Cape Ommaney.

Less than an hour later, the Sitka helicopter crew was on the scene. They found all four survivors in a raft, wearing survival suits.

The crew hoisted the group from the water and brought them back to Sitka, where they were met by EMS first responders.

According to the release, all four survivors were in stable condition. The cause of the incident is under investigation. 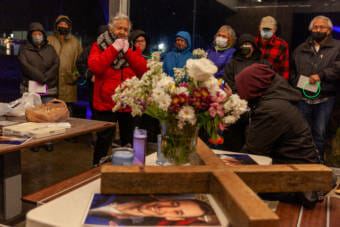 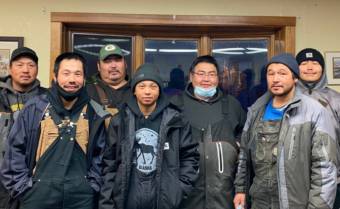 Pilot Station hunters are home after their weeklong stranding. Here’s their story