Previously, the tribal health organization primarily served the Alaska Native community in Juneau. Its Front Street clinic, which serves the city’s low-income and unhoused residents, was the exception.

In places where it is the only provider — like Haines, Sitka and Prince of Wales Island — SEARHC was already open to all patients.

Martin Benning, a vice president at SEARHC, says the move is in line with the consortium’s mission to serve the Southeast Alaska community.

“The executive leadership team and the board of directors had made a decision that we should stay consistent with our mission in the community of Juneau,” he said. “And so that’s why there’s been a push to provide a broader level of services for the community.”

Benning says the consortium opened its urgent care clinic in Juneau this July as part of that push to expand services. He did not point to a reason why the organization decided to expand this year. 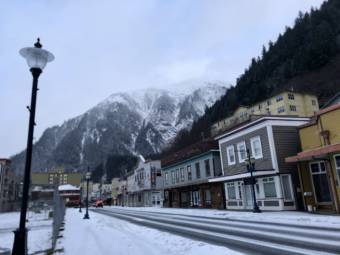