Alaska remains at the top of the list for the highest rate of COVID-19 infection in the country. And with a higher proportion of unvaccinated residents occupying hospital beds, Alaska’s Chief Medical Officer Dr. Anne Zink is pointing to misinformation and distrust as major factors.

Zink recently wrote an editorial in The Washington Post reflecting on many issues around the pandemic. In part of the piece, Zink writes about treating an unvaccinated patient struggling with COVID-19 who had spent hundreds of dollars on unproven, online remedies that didn’t help.

Zink told Alaska Public Media’s Casey Grove that the pandemic has highlighted problems with our health care system and in our society.

Dr. Anne Zink: I also am continually frustrated by the way that our medical system and medical education don’t train providers to work in rural communities. I would love to see our system as a whole help to address some of those inequities that we see within the health care system. I’ve learned so much from so many people throughout this pandemic. But I think one of the things that I took away from my conversations with many Alaska Native people is the history of the 1918 pandemic, and how remembering that history really changed the way in which they responded to the pandemic and their amazing partnership — with vaccination and testing. And remembering that history moving forward. And I hope that we as a state can remember many of the things that have happened and be able to rebuild on that moving forward so that we aren’t impacted the same way when another infectious disease comes through.

Casey Grove: Your op-ed mentioned the misinformation that’s out there that is, in some cases, leading to people being hospitalized or worse. Have you been increasingly frustrated about that? That even if we do our best to try to educate people if they don’t buy into it or listen to the experts, we’re sort of still stuck in the same place?

Anne Zink: I think about misinformation and disinformation as well as communication across the board. And we learn from stories. We don’t learn from data points. And I think we need to be better storytellers about what we see. I think as scientists, as health care professionals and as public health professionals, we need to do a better job about communicating the science in a way that people can understand, that they can feel comfortable asking questions.

But there are also some really aggressive players in the misinformation and disinformation space that are making a lot of money. I think that’s one of the hardest things for me. When I’m in the emergency department, you know, I’ve never met someone who isn’t vaccinated because they want to be ill or because they don’t care about their friends or their family or their community or their business. They’re trying to make the best decisions they can with the information that’s presented to them. And oftentimes, what they’re seeing — either from their friends, from their family, from social media, from other sources — is an underestimation of the risk of COVID and an overestimation of the risk of vaccine. And in that process, they make a decision not to get vaccinated, they get sick and they show up in the hospital. Oftentimes when it is too late to do a lot.

Casey Grove: It seems pretty clear that the end of the political spectrum that is the most susceptible to this misinformation is pretty closely aligned with the folks that support the governor, as a Republican governor. Do you think that he has done enough to speak directly to those people about the truth of vaccines, and strongly enough about masking and things like that?

Anne Zink: I think that you can see on all sides of the political spectrum a whole series of bits of misinformation or disinformation and aggression. We do see a political difference in those who have chosen to get vaccinated and those who have not chosen to get vaccinated. You know, we’re all individual people doing the best that we can in our individual scenarios. I come at this as the chief medical officer, and that is the lens in which I approach it. The governor is the governor for the whole state and has to think about and deal with a lot of other things. While I can point fingers and say this should have been different or that should have been different. I’m sure there’s many, many things I could do differently as well. At the end of the day, again, I think the more that we divide each other rather than focusing on the virus, the worse off we are. And I’m grateful that our team was able to speak to the data and science as it comes out and to be able to be honest to that space.

Casey Grove: Can I ask, did the governor’s office or the governor himself need to approve the op-ed that was in The Washington Post?

Anne Zink: I spoke to the governor about it. He knew I was publishing it. It wasn’t the op-ed that he would have written but he said, you know, there’s freedom of speech, and I can write what I wanted to write. So he knew that I was writing it in that space. But again, our voices are different and our focuses are different in that space, and I want to be truthful to everyone I work with — the Alaska public, the governor, the commissioner, my team. And so I did make sure that the governor’s office as well as the commissioner and our public health information team knew about it before it went out.

Casey Grove: Dr. Zink, one other thing I wanted to ask you — and maybe it’s kind of a personal question — but as a frontline health care worker and as the chief medical officer for the state, you’ve been as involved in the response to this virus as anyone and I wondered: Do you feel like it’s changed you at all as a person to have been in those roles?

Anne Zink: 100%. For sure. It’s been the most intense learning curve of my life for sure. It’s been intense. I think it has made me realize the complexity of state and federal government, the challenges in communication. It’s been heartbreaking to see just so many people sick when oftentimes I think that their illness is preventable. We see it with other diseases, but not to the same degree, not to the same impact and not so many healthy people coming in so sick and dying. I think the amount of illness and death and dying in the department is heartbreaking. It’s really hard to see. 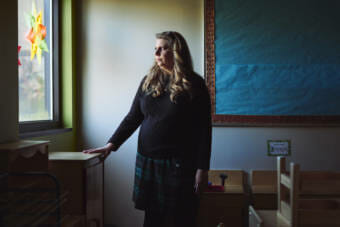 The people who take care of and educate children under 5 years old – both parents and providers – are in a special kind of hell right now. 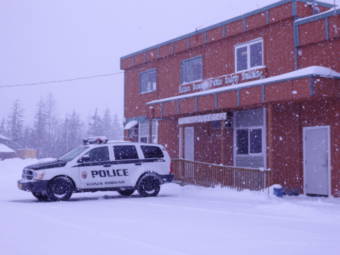 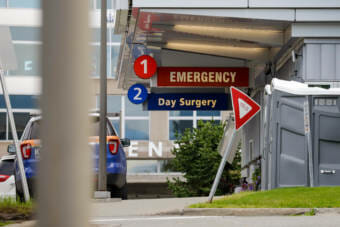 The Alaska Department of Health and Social Services on Wednesday reported an additional 63 resident COVID deaths. Two of them are from the new year, and the rest happened earlier in the pandemic.