Juneau city officials rolled out a new online tool that allows residents to see how the city spends their tax dollars.

Users will see an estimated breakdown of the programs and services supported by their sales and property tax dollars.

The tool runs through a site called Balancing Act. It asks residents to enter their annual income, age and the assessed value of their home — if they own one.

With that information, the site generates an unofficial “tax receipt” which shows the estimated amount paid to the school district, police and other services.

For example, a woman in her late 30s who has an income of  $57,000 and who doesn’t own a home in Juneau, would be paying just over $800 in taxes and the bulk of it would be going to the Juneau School District.

Juneau’s budget analyst Adrien Speegle said the idea came up when the City of Tacoma posted a video using the same software.

“We became aware of that maybe last January (January 2021) and have since been sort of working with the assembly on whether they were interested in pursuing this tool and this education mechanism for the public,” she said. “They definitely were [interested].”

Speegle said by offering this tool, the city hopes to increase transparency and improve people’s understanding of where their money goes.

“I believe a lot of members of the community care where those tax dollars are being spent and perhaps haven’t historically had an easy way of obtaining this information,” she said.

Speegle said the city hopes having more information will encourage residents to participate in the budget process.

“If, you know, they feel like the priorities that are funded by their taxes maybe aren’t the right priorities, they may feel empowered to engage in the in the public process more,” Speegle said. “Or if they are really excited about what their tax dollars are going towards, that also, I’m hoping will encourage people to communicate that.”

What do you think of the city’s tax tool? Let us know. 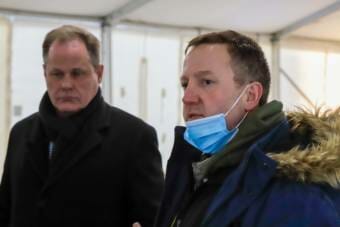 D’Amato has been on the job for two weeks, but the city hasn’t answered questions about his experience or his vision for tackling one of the mayor’s most urgent priorities.