The Alutiiq language has lost four speakers in the last year. Tribal leaders say it’s a big loss — out of the 30 remaining speakers, there are just a handful of people left who are able to teach Alutiiq.

Candace Branson, the Sun’aq tribe’s program services director, says there’s plenty of interest in learning the language, but there aren’t enough people qualified to teach it.

“That’s a great problem to have. Everybody wants to learn — what a problem, right? But right now, we’re not able to fill those roles. We’re struggling to keep the programs running because we don’t have enough teachers,” Branson said.

“We submitted an application to the Administration for Native Americans to fund a three-year language, Alutiiq preservation and maintenance grant. And the grant includes developing a master-apprentice program that would teach adults how to speak Alutiiq fluently, as fluently as second language speakers could,” Branson said.

Branson says the tribe plans to start accepting applicants from potential apprentices in December after the tribe’s annual meeting. Applications would be reviewed in January, and the first two apprentices would begin their full-time program in March.

The program includes a stipend, so language learners can focus on Alutiiq.

Branson says one long-term goal is to create what she calls an immersion house — a live-in setting where apprentices and masters would study and speak Alutiiq all day long.

“The end goal is for Alutiiq to be a language that is used in Safeway,” Branson said. “Used at the coffee shop, used between mother and daughter and grandchild. And we have to start with teaching adults who can teach their families and teach other kids and teach other parents. We have to get some people fluent.”

The objective for the three-year program is to produce five speakers who will be fluent enough to teach the language in school. 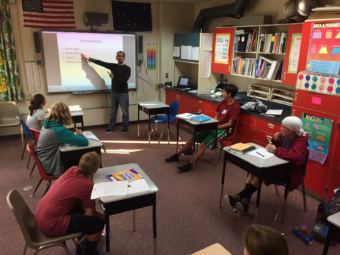 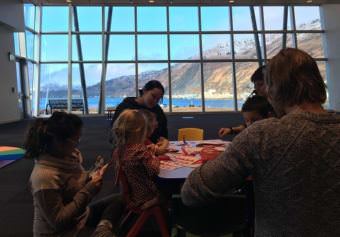 A preschool designed to immerse children in the Alutiiq language is about to enter its first full semester of classes. The Administration for Native Americans granted the Sun’aq tribe roughly $2 million dollars to establish the nest school. It wrapped up its pilot semester in May. 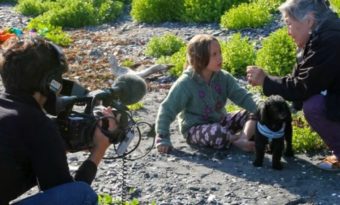 A documentary team just came to Kodiak to screen its Alutiiq language film and get feedback. “Keep Talking” covers the revitalization of the Alutiiq language on the island, and records the effort of passing the language down from elders to the younger generation.