The City of Hoonah is having its worst COVID-19 outbreak to date. As of Wednesday morning, there are 38 active cases in a city of 790 people.

The mayor of Hoonah, Gerald Byers, said this is the first time there has been community spread in the city.

The next largest outbreak was just eight cases and was contained within one family.

Byers doesn’t want to name the place but said the source of spread for this outbreak came from one business.

“So much of it came from one place in particular, with so many people that were there that night,” he said.

The city moved the risk level to high on Sept. 21, when the number of active cases rose to 18.

Since then, that number has grown to more than 40 people. At the highest point in the outbreak, there were 41 active cases. Wednesday is the first day the case trend has gone down since the outbreak started.

Byers said that no one has needed to be medevaced so far.

“Half of them can’t even tell they have it,”  he said. “They just have a little cold feeling or chills or something. In fact, one of them is still out deer hunting and everything.”

Right now, the city is on high alert. Restaurants and bars are limited to curbside or delivery service. The schools are currently shut down and indoor gatherings are not allowed.

The city is also encouraging people to get tested and to get the vaccine.

Individual data on Hoonah from the state is not available because Hoonah is lumped with Yakutat and Angoon. But for that census area, 84% of people eligible for the vaccine are fully vaccinated and 67% of the total population is vaccinated. 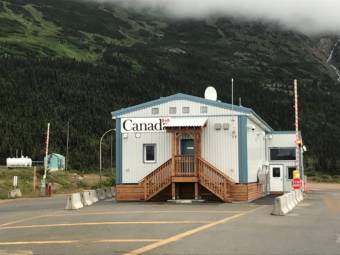 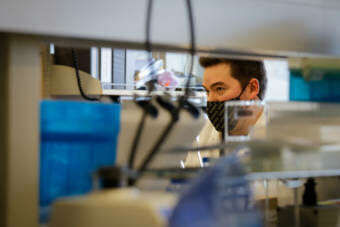 Alaska health officials say the omicron variant is coming, but the risk is still unclear

Health officials are asking Alaskans to get their COVID-19 vaccine boosters and redouble other precautions as they brace for the arrival of the new omicron variant.