For more than 60 years, the Eklutna River north of Anchorage had been dammed up, stifling the salmon runs that fed generations of Dena’ina people in the area.

Before the damming, for hundreds of years, the area surrounding Eklutna Lake was populated by the Dena’ina people. Curtis McQueen says the inhabitants were originally more nomadic.

“They settled these lands here and never left because of the rich abundance of habitat in this area,” he said.

McQueen is the former CEO of Eklutna Inc., the tribe’s for-profit corporation.

“And the Eklutna River, which was a raging, massive river at the time, has – still has — all five species of salmon,” he said. “A lot of rivers don’t have all five species.”

McQueen is Tlingit but was formally adopted by the Eklutna people. In his time working with the tribe, he says he’d heard stories about how bountiful the river used to be.

“We lost an elder recently named Alberta Stephan,” McQueen said. “Alberta was our historian, and she would talk about when she was a little girl, down there at the mouth, where literally, they could walk across the back of salmon. And it was a massive stream, and there was no such things as mortgages and houses and cars. Everything they needed was right here.”

The fish were their main source of food. That was, until the construction of the lower river hydroelectric dam in the 1920s, which provided Anchorage with its first major source of power.

“The challenge was, when they built it in the canyon, it would fill up with silt really quick,” McQueen said. “And so they were constantly dredging it. And as Anchorage was growing, they needed more power, that became an issue.”

The lower dam became defunct in the 1950s when the federal government opted to build a larger dam project further up the river. But the lower dam continued to fill with sediment for decades, blocking off the river run.

That was until 2018 when, with the support of the Native Village of Eklutna and Eklutna Inc., the environmental non-profit Conservation Fund raised $7.5 million to demolish the lower dam. The entire process took about five years.

Earlier this month, tribal and environmental advocates witnessed the first water to flow down the river in decades.

“For the first time in 66 years, the thirsty Eklutna River is finally getting a drink of water,” Trout Unlimited project manager Eric Booton said as the crowd applauded.

Native Village of Eklutna Tribal President Aaron Leggett was part of the celebration. He says he’s grateful for the work that has been done so far to get the river flowing.

“Our ultimate goal is to restore the salmon runs that sustained us for many hundreds of years,” Leggett said.

There’s still more work to be done to make sure the river can support a salmon run. Eklutna Lake supplies 90% of Anchorage’s drinking water, so the water release needs to strike a balance.

Austin Williams is a legal and policy director with Trout Unlimited.

“The question here is how much water and what needs to be done to ensure that salmon returning to the Eklutna River can successfully spawn, rear and support a healthy fishery,” Williams said.

In the early 90s, the electric utilities agreed to help with studies to look at the impacts from the dams and how to protect and bolster the salmon runs in the Eklutna River. Booton with Trout Unlimited says those studies are ongoing.

“The study plans that they will do for two years in order to get the data necessary to come up with the mitigation outcomes,” Booton said. “At this point, they’re nearly wrapped up with the first year of collecting that data and there will be a second year in 2022 to also collect that information.”

While different groups continue to work on what’s next, McQueen with Eklutna Inc. says there’s still cause for celebration, and a flowing river to enjoy.

“I want to camp out here tonight. I’d sleep rock hard listening to this,” McQueen said. “Whether you’re on a beach or on a river, there’s nothing that relaxes a human mind more than hearing water moving. It’s amazing.” 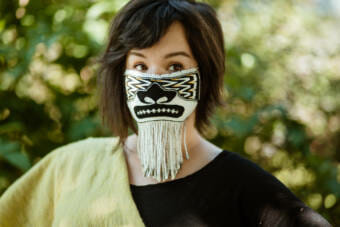 In her latest project, Juneau artist Lily Hope will mentor weavers and address threats to use of traditional materials

The Chilkat weaver is one of 15 people to win a $100,000 SHIFT award, which will support her project, "Protecting the Material Sovereignty of Our Indigenous Homelands." 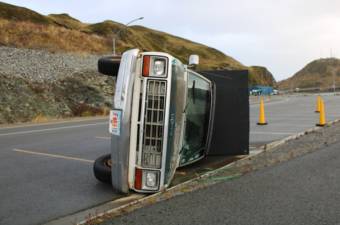 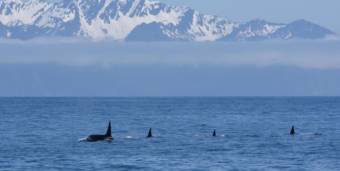