Mushroom season is in full swing in the Chilkat Valley — or rather, full bloom. Despite a warmer summer, a mix of sunshine and rain has yielded a wide variety of edible mushrooms, if you know what to look for and what’s delicious.

A few steps off the popular Mt. Riley Trail near Haines, Travis Kukull spots clusters of golden chanterelle buttons poking out of the understory. He takes out a knife and cuts the stem at the ground, then brushes soil and leaves carefully back over the hole.

“These are beautiful too,” he said. “You can feel they’re slightly moist, but really solid.”

Kukull is Haines’ resident mushroom expert, both in exploring and harvesting varietals throughout the area and in delicious ideas. He’s a chef and runs a local catering company, Malo Nista, where he incorporates local foraged mushrooms throughout the menu.

“You gotta cook them so the water dissipates and it caramelizes, and you get this chanterelle water caramelized around the outside of the mushrooms,” he said. “Then you add a little bit of butter and a little bit of garlic and some salt.”

He goes out most mornings in mushroom season, August through mid-October. He’ll take just a few for breakfast — like a chanterelle omelette — or to sauté and stock his freezer for recipes year-round.

A hike on the Mt. Riley Trail could yield a mix of golden chanterelles, neon-orange chicken of the woods, or big, meaty king boletes, also known as porcinis.

“Another one I see growing here is a blue night polypor, and they’re all white like this underneath and blue on top,” Kukull said. “And they’re really good too. Right here on the trail.”

Kukull says friends will be out hiking and send him questions and pictures of mushrooms. But even after 16 years in Haines, he’s still surprised by new finds.

“My friend Leah made me a soup the other day that was filled with yellow foots (chanterelles) and I was like, where are you finding these right now? And she’s like, none of your business,” he said.

But mushroom hunting is about knowing what to look for — and knowing the risks. Further up the trail, we stop and take a look at another white, button-like mushroom.

“This could be a destroying angel, which is deadly poisonous,” he said. “So best to just lay off.”

Kukull says whenever in doubt, leave it alone. But of course, people have found creative workarounds too. Like for the fly amanita, which has an easily recognizable, fairy-tale-like red and white-spotted cap.

“Well they’re a trippy mushroom,” he laughs. “And can also be deadly poisonous, and completely shut down your nervous system, so why would you want to risk that? But the way most people have eaten them in the past is that they’ve already been processed through reindeer. And they pick them out of the reindeer stool, and then eat them. Or make tea out of them, so it’s like cooked.”

Some say that’s where the story of Santa Claus and his flying reindeer comes from, originating in the shamanic cultures of the Siberian and Arctic regions.

Kukull likes to stick to the known, delicious varieties. Besides, when foraging around Haines, there’s more to consider. As he cuts the soil from a king bolete stem, he looks up suddenly and scans the forest

“Another thing I like about mushroom foraging in Alaska too is there’s bears everywhere,” he said. “It adds to the excitement.”

Bears, like people, are also foraging this time of year. So if you do go out, be aware. Mushrooms will be blooming until the first frost. 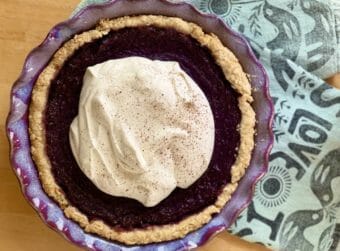 This recipe is a rich, vibrant “move-over pumpkin pie” for the holiday dessert lineup. 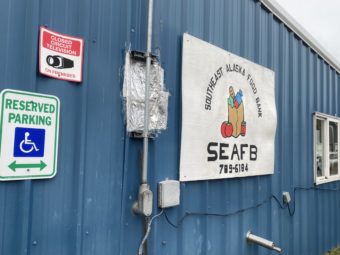 Need for Juneau food banks is greater than ever

Southeast Alaska Food Bank is hosting its annual food drive this Saturday at Foodland and Superbear IGA stores in Juneau. 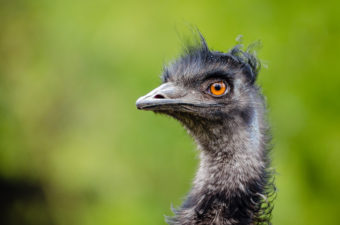 Thanks to an Anchor Point man, they’re now considered legal livestock in Alaska.