A federal judge in Washington, D.C. has decided against the Eklutna Tribe in its effort to build an Indian gaming parlor on land owned by tribal members.

U.S. District Court Judge Dabney Friedrich ruled Wednesday that the Interior department was justified in concluding the tribe does not have governmental authority over a particular land parcel near Eklutna village. If the eight acres in Chugiak are not legally considered “Indian land” Eklutna can’t use Indian gaming rules to build a gambling facility there.

Eklutna’s plan to lease the land alarmed opponents of Indian casinos in Alaska. The case was also closely watched by advocates who want Alaska tribes to have territorial jurisdiction like Lower 48 tribes have.

Alaska tribes have authority over their members, but where they might have jurisdiction over land is more complicated because, with the exception of Metlakatla in Southeast, Alaska has no Indian reservations.

Eklutna wanted a class I & II gaming facility, which would allow pull-tabs, lotto and bingo, as well as electronic bingo that looks a lot like slot machines.

The state of Alaska allows pull-tabs and bingo parlors that benefit nonprofits, including tribes. But if tribes can establish gambling parlors under Indian gaming rules, their revenues are potentially higher, because the state couldn’t impose taxes on those games.

Eklutna could appeal the court decision. Tribal President Aaron Leggett did not respond to an email Thursday. The Interior Department declined to comment. 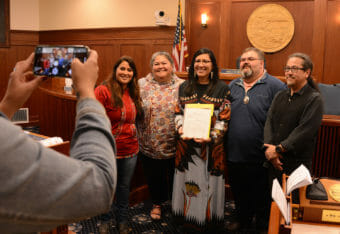 The findings show the federal Indian boarding school system consisted of at least 408 federal schools across 37 states and roughly 53 different schools had been identified with marked or unmarked burial sites. 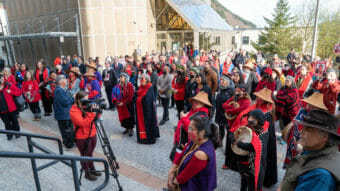