For Providence Alaska Medical Center’s Chief of Staff Dr. Kristen Solana Walkinshaw, it was Saturday, Sept. 11, when she realized the hospital could no longer meet its normal standards of care. The overload of COVID-19 patients was too much.

“I was contacted by three separate physicians, two of whom are their department chairs and one a cardiologist,” she said. “All of whom were commenting that we had started rationing care.”

Triage is nothing new for a hospital. Emergency rooms take their most serious cases first. No department has unlimited resources. But the doctors and other medical professionals who practice at Providence say they are beyond that point.

For extraordinary shortages, Solana Walkinshaw said, Providence has a special triage team. It is tasked with deciding how to ration care.

“That team was also invoked for the first time on Saturday,” she said.

One of the shortages was for continuous dialysis — systems to help people whose kidneys need more than outpatient dialysis.

“We have the staffing and equipment for two patients to have that,” Solana Walkinshaw said. “And we had four patients who needed it.”

She’s not sure how many of the four were patients had COVID-19. But the virus is compounding all problems at the hospital because the staff is stretched so thin.

In the ICU, the staff ratio for a complex intubated patient is usually one-to-one — one nurse to one patient. These days, the nurses have had to care for three patients at a time.

“Tripling is what they called it,” said Solana Walkinshaw. “So it’s rough.”

Another serious shortage that September weekend was beds.

Solana Walkinshaw said she learned of a cardiology patient in another part of Alaska who needed a procedure, but Anchorage hospitals were too full to accept a transfer. She’s not sure if the patient survived.

That Saturday she called an emergency meeting of the executive committee that represents the independent doctors, nurse practitioners and physician assistants who practice at Providence. They met Sunday. Tuesday they announced they’ve begun rationing health care

“I think the tipping point was really, both the personal and moral injury that people are suffering from having to make these decisions,” she said. “And the prolonged nature of having to have this happening so long when everyone is already so fatigued.”

Other Alaska hospitals have not followed Providence. But every hospital in the Anchorage area is severely stressed by the state’s COVID-19 surge.

“We have not formally declared that we are in crisis standards of care,” said Dr. Holly Alfrey, chief medical officer at Alaska Native Medical Center. “However, we do have an incident command that meets on a daily basis to assess the situation. And sometimes that means that our ED (Emergency Department) is very full and holding patients. Sometimes that means that our labor and delivery can’t take anymore. And a lot of the time, it means that our CCU (Critical Care Unit) is just pretty much at the limit.”

Sometimes all of the Anchorage hospitals’ Emergency Departments are full. When that happens, they take turns accepting the next patient, a process health care workers call “round robin.”

Solana Walkinshaw doesn’t know what to make of the fact that only Providence has declared that it’s rationing care. She said the declaration was intended to level with the public, but also to send a message: The situation is dire.

Last year, when the pandemic was new, the staff prepared to be overwhelmed by COVID-19 patients. But they didn’t have to deploy the contingency plans then, Solana Walkinshaw said, because Alaskans flattened the curve.

Last Saturday, she and other doctors felt it was time to reignite that sense of urgency, inside the hospital and with the public at large. 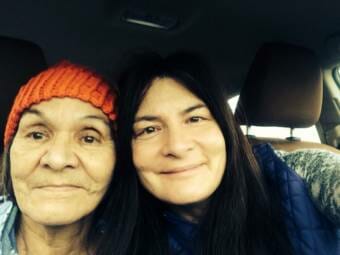 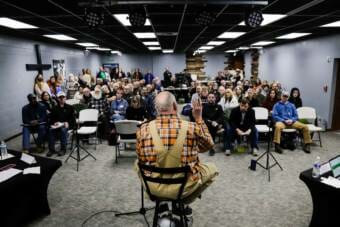