Another two cases of the emerging Alaskapox virus were recorded in the Fairbanks area this summer.

They’re the third and fourth cases of the virus ever confirmed, according to the Alaska Department of Health and Social Services. The first two cases, logged in 2015 and 2020, were also in the Fairbanks area.

The Alaskans who contracted Alaskapox did not suffer serious illness and have recovered, but the unique virus remains the subject of a multi-party investigation, as health officials and researchers try to determine what’s causing it and how long it’s been circulating.

“That varied a bit in color, but reddish-whitish and then sometimes even went on to become a darker sort of a brownish shade,” said Mooring, who is part of a team investigating Alaskapox. “And then I think the other thing that’s notable is that these lesions have been associated with some surrounding redness. And then the patients have had swollen lymph nodes and pain in a nearby part of the body that has lymph nodes.”

Mooring said the swelling and pain dissipated within a few days to a few weeks. The four known cases lived in “low-density housing in forested areas,” according to a health department report. All occurred in the summer, and three of the four people infected had cats.

“But we don’t know if cats have any role to play in the spread of this virus,” Mooring said. “So that’s something we’re still looking at, but it is a similarity.”

Mooring said small mammals are suspected to be carriers of the virus. An ongoing trapping and testing project has found evidence of it in shrews, voles and squirrels.

Still, Mooring said, no firm conclusions have been made about the animals’ role in spreading Alaskapox, so the public health recommendations are pretty routine.

“Avoiding touching wildlife, trying to keep small mammals out of your home, washing your hands and avoiding animal droppings to the extent possible,” he said.

Mooring said it’s unclear if the virus is restricted to the Fairbanks area and whether additional cases have occurred and gone unreported. He said identification of the Alaskapox virus is significant as only a couple of new viruses are discovered worldwide each year. The CDC is working with local health care providers, the State Virology Lab and the University of Alaska Museum of the North.

“Their experts on mammalogy have been a key part of our work to understand the virus in small mammals in interior Alaska,” he said.

Museum of the North mammals curator Link Olson said researchers are still doing baseline surveys “to get an idea of how widespread in the local mammal fauna this virus is.”

Olson said the two new cases of Alaskapox have accelerated the trapping project.

“And the idea is to trap as close to the patients’ residences as possible. And then to try and sample in similar habitat nearby as kind of a control,” Olson said.

Olson said the Alaskapox discovery underscores the intersection of animal and human health.

“As the pandemic has shown us, we’re all interconnected,” Olson said. “And that sounds a little woo-woo. But it’s true. And scientists like me are sort of having to take a more holistic approach to what we do just in order to make sense of it all.” 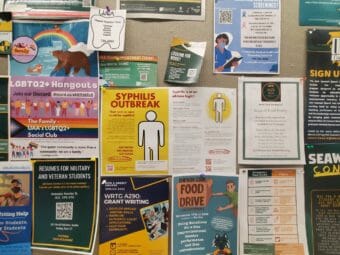 Of all U.S. states, Alaska in 2020 had the nation’s third-highest rates of syphilis and chlamydia.

The Respect for Marriage bill says states can’t, on the bases of race or gender, reject a valid marriage license issued in another state.