One of only nine remaining clan houses in Sitka is on the verge of collapse. The historic property is deeply rooted in Sitka’s clan traditions, and its passing is a significant milestone.

The century-old frame house is one of a pair that sit side-by-side in a historic district of Sitka, on Katlian Street. It was built in the early 20th century but was steeped in tradition even then.

“So this house was called DaGinaa Hít, and some people translate that as ‘The Far Out House,’’ said Roby Littlefield, chair of the Sitka Historic Preservation Commission and a Lingít language scholar. “But it comes from a very ancient Raven story about how Raven pulled the Salmon House to shore from the open ocean, and that’s how the salmon began to swim upstream.”

“So it is a Coho, or L’uknax.ádi House,” Littlefield continued. “And when the Yakutat people moved to Sitka in the 1800s, they brought their house with them in name, and when they built this house, it also became the newest DaGinaa Hít.”

The ownership of DaGinaa Hít is caught in a gray area between cultures. In western culture, ownership passes from parents to children. In Lingít culture, clan identity and ownership are matrilineal, and marriages are between members of different clans. So when a father dies and his property reverts to his children under western laws, that property also moves under the care of a different clan — which can lead to problems.

As complicated as this becomes, Littlefield says that it’s important to reflect on what the loss of DaGinaa Hít means.

“What it means to the community is that we’ve lost one more of our ancient structures that embodies the history of the Lingít people,” she said. “And the only reason we can recite this history in the 21st century is because that house is standing.”

DaGinaa Hít is slumping into the embankment behind it and looks like it could further collapse and slide into the roadway. Sitka police plan to keep the street closed indefinitely, until the city works out a stabilization plan with the owners — and that will be difficult on several levels.

The house may not be saved, and Littlefield says that should be acknowledged.

“This house had a spirit, and it’s passing away,” she said. “It’s leaving our world now.”

Littlefield says that in the Lingít worldview, DaGinaa Hít will remain alive only as long as people remember it. 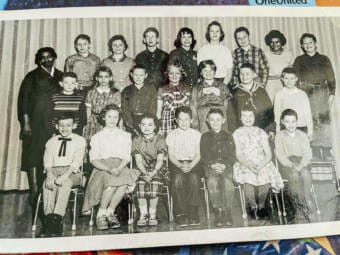 Etheldra Davis moved to Anchorage in 1959 from Los Angeles and was the first Black teacher hired on contract with the Anchorage School District. 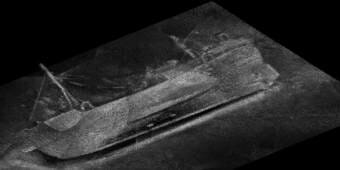 The wreckage of the Saint Patrick is a testament to one of Alaska’s deadliest fishing disasters, and it remains an environmental hazard today.

Was there really a gun range in the basement of Harborview Elementary School?