One of the policies, instituted last year, allowed some city workers to bring infants up to six months old to the office.

The other granted certain employees four weeks of paid time off after the birth of their children. Former Acting Mayor Austin Quinn-Davidson, a progressive, instituted the policy the day before Bronson, a conservative, took office in July.

Quinn-Davidson, in a phone interview Tuesday, said the policy had been under development long before her last day on the job. The Anchorage Assembly had voted last year to allow the mayor’s office to put the policy into place.

News of the policy changes circulated quickly on social media Tuesday morning after an internal email from Bronson’s Human Resources Department alerted top city officials to the revocations. In a prepared statement sent late Tuesday afternoon, Bronson’s office criticized both policies as “hastily set,” and said no municipal employees had asked to use the paid parental leave policy since it was adopted.

Mayor Bronson just got rid of the parental leave policy I instituted at the Muni. Parental leave is good for babies (lowers mortality rate), good for moms (health stats go up), and good for the economy (folks stay at their jobs, avoiding turnover costs). I’d like to know why. pic.twitter.com/l5r8f3y1pG

“This paid parental leave policy was announced hastily only hours before the previous administration left office. It came with virtually no data, information or even a basic understanding for how it would impact the municipality’s budget or financial outlook,” the statement quoted Bronson as saying. He added that the policy change favored city executives and non-unionized employees, and “would have led to a massive financial liability that the Municipality could simply not afford.”

Bronson’s spokesman did not respond to requests for details about the number of employees eligible for the two policies, or their costs.

Quinn-Davidson and Kate Vogel, who helped develop the leave policy as the acting mayor’s former top attorney, said they were frustrated by the news. Vogel cited research showing that such policies benefit both businesses and workers, adding that they make public employers more competitive with the private sector.

“Private industry, they’re not doing this to give away their money,” Vogel said. “They know it’s good for families, good for workers and good for business because that’s how you retain your best employees.”

The parental leave policy only applied to non-unionized city workers. The idea was that unions could negotiate for a similar program in their labor negotiations with the city, Vogel said.

“It just felt like a very basic first step that everybody who studies this issue says is a good idea,” she said.

The city had previously estimated that the parental leave policy would cost $160,000 a year for Anchorage’s non-unionized workers — though adding it to union contracts would cost significantly more.

Quinn-Davidson, who has returned to her position on the Assembly, said she’s looking into whether she and her colleagues, which have clashed with Bronson over other policies, could vote to reinstate the parental leave program.

Bronson’s statement said that a small number of people used the “infant at work” program, which allowed certain employees to bring children up to six months old to the office. But while the program was “perhaps well-intended,” Bronson’s statement said, it created “massive issues” and numerous employees, unions and janitors complained.

The statement did not characterize the nature of the complaints.

'The days of getting away with it are over': State seeks to collect more than 20,000 missing DNA samples

Alaska law requires that state and local law enforcement agencies collect DNA samples from all people charged with a crime against another person or a felony. But in a lot of cases, that hasn’t happened over the past 25 years. 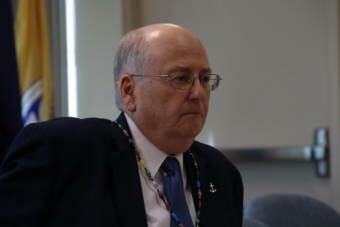 Morgan was appointed by Mayor Dave Bronson and has been serving as health director since July. 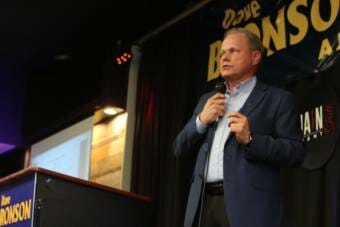 Anchorage Mayor Dave Bronson’s campaign violated numerous campaign finance laws and should be fined $52,650, according to a recent report from the Alaska Public Offices Commission.