Biologists with the Alaska Department of Fish and Game didn’t always pay much mind to how people used the kelp that washed up on Cook Inlet beaches.

“We assumed that it was like somebody going to the beach and picking up driftwood, or picking up pretty rocks or things like that,” said Glenn Hollowell, the area management biologist for lower Cook Inlet.

He said in the last four years, the department has learned more about those detached kelp populations.

He said he was surprised to learn there are live germ cells in detached kelp that allow it to reproduce.

“We didn’t realize the extent to which this stuff does have biological value,” he said. “And so it caused us to take a step back and say, ‘Maybe we shouldn’t allow people to take whatever quantity they want from wherever.’”

Fish and Game got the OK to issue commercial kelp permits from the Alaska Board of Fish in 2019. It issued its first four last year.

Hollowell said he sees the permitting process as precautionary. The department is still learning about how those kelp populations impact the local ecosystem, including how they provide shelter and food for creatures like sand fleas. In the meantime, it wants to make sure kelp isn’t overharvested in a way that hurts those other species.

The department already allows subsistence and personal-use kelp harvest without a permit. But harvesters cannot take more than 10 gallons of kelp per day.

Hollowell said the department has mostly issued commercial permits to gardeners who want to turn it into fertilizer, plus one person who’s interested in using the kelp as food.

Some harvest with commercial use in mind. Others, Hollowell said, just want to harvest many yards of kelp at a time.

“So you don’t have to have a business permit or something,” Hollowell said. “It’s more a function of volume than anything else. And they can go to Anchor Point and take pretty much as much as they want for this.”

Hollowell is also trying to spread out the harvest. Most people take kelp from the beaches in Homer.

But he said there’s a lot more that washes up in Anchor Point, particularly in the winter. He’s sending permittees that way.

“Often there’s 10 times the quantity at Anchor Point than there is on Homer beaches,” he said.

Permit holders can only take kelp that’s detached. It must be harvested from the highest tide line.

If you’re interested in harvesting kelp for commercial use, you can call the Fish and Game office in Homer. 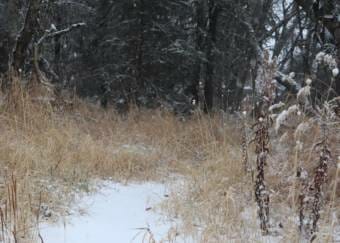 Bristol Bay, like Bethel, recorded its coldest November in 80 years

La Niña conditions at the Pacific equator are also supporting high pressure systems over the Bering Sea — which means those cold northerly winds should continue for the Bristol Bay region over the next three months. 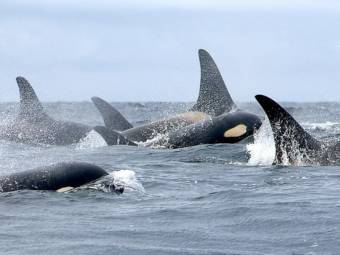 In undersea recordings, Alaska’s killer whales have a lot to say

A University of Alaska Fairbanks researcher who listens to killer whales using underwater microphones has learned some interesting things about the creatures. 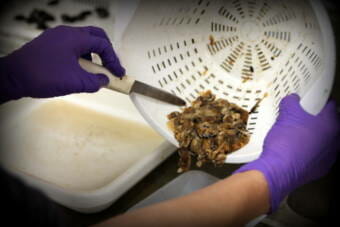