Anchorage’s acting health director, David Morgan, has resigned after just over a month on the job, according to a statement from the city on Friday.

Morgan was appointed by Mayor Dave Bronson and has been serving as health director since July. At a recent work session about his nomination, Morgan faced pointed questions from Anchorage Assembly members who asked about his qualifications and social media comments he made downplaying the seriousness of COVID-19, as well as allegations that he mismanaged finances under previous employers.

Morgan worked for decades in health care finances, but he does not have education or experience in public health.

He faced a confirmation vote by the Anchorage Assembly next week.

In his resignation letter, Morgan blamed partisan political opposition that he says caused him to withdraw his nomination. He wrote that after he was nominated, “it became very clear I would be the target of an organized political witch hunt.” He said he felt “great sadness” at withdrawing his name.

With COVID-19 hospitalizations at near record levels, a gathering of vaccine skeptics is coming to Anchorage

Most of the speakers are not infectious disease experts and are advocating for treatments that are not supported by research. 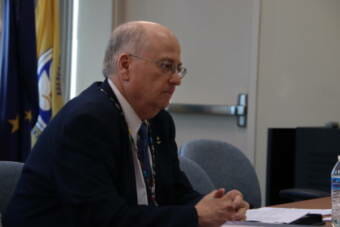 Assembly members asked Morgan about social media posts and other online comments he'd made suggesting COVID-19 is a hoax and denying the efficacy of masks. 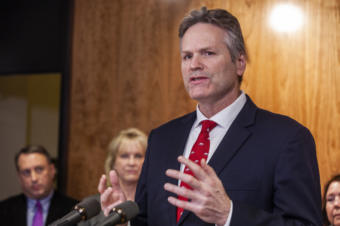 COVID is spiking and hospitals are filling up. But Alaska leaders aren’t bringing back mandates.

Both Gov. Dunleavy and Anchorage Mayor Dave Bronson are declining to use the types of mandates, restrictions and testing requirements the city and state used to try to minimize the spread of the virus the last time case counts were this high.