The Alaska Department of Law said Tuesday that an assistant attorney general identified as the author of violent, racist comments on social media is no longer employed by the agency. A spokeswoman for the department declined to say whether he resigned or was fired.

Earlier this month, the Guardian identified assistant attorney general Matthias Cicotte as the person behind an anonymous account posting racist material on social media. In an article published July 21, the British news site said it had identified Cicotte using evidence provided by “anti-fascist researchers” and its own investigation.

The accounts linked to Cicotte had advocated violence against left-wing groups and the execution of those performing gender reassignment surgery. The accounts were some of the most prominent advocates of Deseret nationalism, the idea that Mormons should create their own country in the western United States.

“I wanted to let you know that Mr. Cicotte is no longer working for the Department of Law. Alaska Statute 39.25.080 makes personnel records and investigations for partially exempt employees confidential, and therefore, we cannot provide further information on the investigation that occurred. However, although we cannot talk about personnel matters, we do not want the values and policies of the Department of Law to be overshadowed by the conduct of one individual,” Taylor’s statement said.

He added that the state has a diverse workforce that represents a diverse state. “As public servants, we have a high standard for how we interact with one another, with opposing counsel, with the public, and with the courts, in order to garner the trust and confidence of the people we serve,” he said in the message provided by email.

According to public records, Cicotte had worked at the Department of Law since 2012 and earned $106,450 in 2020 as one of many assistant attorneys general employed by the Department of Law. A graduate of Brigham Young University law school in Utah, Cicotte posted under a pseudonym that shared the name of the law school’s namesake.

At the time of the Guardian story, he worked on legal cases involving the Alaska Department of Corrections.

In 2018, the Council on American-Islamic Relations sued the state, arguing that prison meals served to Muslim inmates at Anchorage Correctional Complex were nutritionally inadequate. Cicotte, representing the state, disputed that the prisoners were deprived. The state settled the case. After the Guardian’s story was published, CAIR called for Cicotte to be fired.

The state said last week that it had reassigned Cicotte’s cases to other employees while it investigated his conduct. Lee did not say whether the investigation was complete or what it was searching for.

Asked what the department will do if a similar situation arises in the future, she said, “We would handle any other personnel situation that came to our attention the same way we handled this one. If circumstances warranted, we would ensure a through investigation was completed and make a determination based on sufficient evidence.” 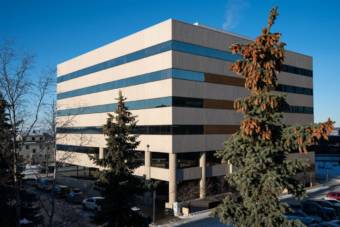 While the account used a pseudonym, the researchers found a trail of evidence regarding Matthias Cicotte’s identity, including photos matching his house’s interior.