Critical race theory was not on the agenda of the Kenai Peninsula Borough School District board meeting Monday night — or the meeting before it.

But it came up at both anyway, as parents shared concerns about their kids are being indoctrinated with a progressive agenda.

Meanwhile, the district said it doesn’t plan on teaching critical race theory at all.

School district administrators say they’ve been getting messages from a lot of parents about critical race theory.

Still, parent and retired teacher Susan Lockwood said Monday she worries about the values being taught in Kenai Peninsula schools.

“Now we have the CRT, critical race theory, being pushed on our children,” she said. “I ask myself, ‘Why?’”

Critical race theory originated in academia to explain how race and racism have impacted the country’s legal system. It became a popular conservative rallying cry last summer for parents who fear their kids’ students are becoming indoctrinated with a liberal curriculum in public schools.

Opponents of critical race theory, including former President Donald Trump, say they worry it would divide students based on race and teach kids to hate their country. Across the U.S., the topic is coming up at school board meetings.

But educators on the Kenai Peninsula said the debate over incorporating critical race theory into public schools is a red herring.

“CRT, or its tenets, are not part of the KPBSD curriculum, or what we do,” said Clayton Holland, the school district’s incoming superintendent.

What teachers will teach, he said, is the history of the country, including things like slavery and Jim Crow laws.

“What our teachers don’t do or will not do is teach their own personal ideology, personal politics, personal religion or their social bias,” Holland said. “We’re not going to teach students they are racist or victims because of their skin color. And they’re not going to separate students into groups based on the notion of suppressor groups or victim groups, or the oppressed.”

States like Texas have advanced bills to limit how race is taught in the classroom. There’s no such legislation being considered in Alaska.

“Students in KPBSD are taught the following: What happened and who was involved,” Erfurth said. “Through inquiry, research, projects and activities that parents are encouraged to assist their students with, they are guided to expand their perspectives and build their critical thinking skills so that they are able to draw their own conclusions about what has happened in our past, and what it means for our present.”

Curriculum is just one of the issues that brought parents out to the school board meeting Monday night.

Several also said they were concerned about the district’s plan to revise its Title IX policies — a step to bring the district’s discrimination complaint process in line with federal standards implemented under the Trump Administration. The district plans to formalize the process for handling sexual misconduct and hire a Title IX coordinator to manage those complaints.

Some parents said they worry Title IX policies will be used to defend transgender students or suppress free speech.

Those concerns have recently emerged among an organized group of Kenai Peninsula parents that goes by the name “Kenai Peninsula Conservative Community Coalition,” as reported by the Peninsula Clarion. Group members say they want to push back against what they consider a “progressive agenda” in schools in favor of a conservative Christian one, the Clarion reported.

The group hosted an event at the same time as the school board meeting this week, featuring conservative website editor Joel Davidson. Davidson planned to speak about critical race theory, cancel culture and “Alaska LGBTQ Community in Education,” according to the event page. 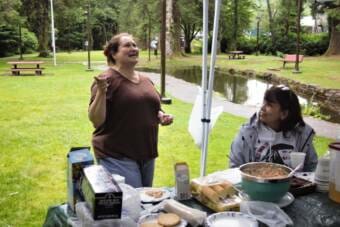 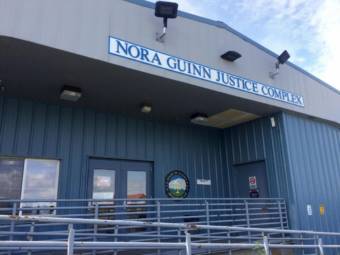 Jury trials are scheduled for this fall for lawsuits against the school district for failing to protect students against Carmichael. 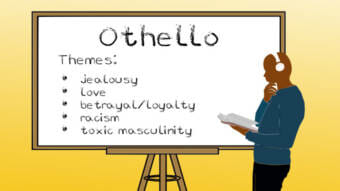 Combining Shakespeare and hip-hop, students at Anchorage youth center learn to tell their own stories

It didn’t take long for the students to find parallels in their own lives with the 17th-century playwright that helped them discuss and work through modern problems.