The Alaska Department of Fish & Game has lowered the sportfish bag limit for king salmon in Southeast after an unexpectedly successful season so far.

Resident anglers have been cut back from three kings per day to two. Non-residents still may catch only one per day, but their annual limit will gradually decrease from three down to one over the course of the summer.

The emergency order was issued on June 21 after it appeared that Southeast sport anglers were going to overshoot their allocation for kings by anywhere from 3,460 to 12,650 fish.

The hot spot is on the outer coast.

In the emergency order, Tydingco explained that while overall sport effort is down in the region, the catch rate is more than double what the department planned on when it set the initial sport bag limits earlier this spring.

The trend is consistent with what is happening statewide: Independent travel — in this case, guided sport charters — is booming.

But the flip side of the coin is that those guided anglers are mostly non-residents landing only one fish per day — there just happens to be a lot of them right now.

The sport fish allocation for kings is tied to the commercial harvest of kings in the Southeast Alaska winter troll fishery, under a formula established by a treaty agreement with Canada. The total allocation for sport is just over 37,000 fish. Exceeding the allocation has undesirable consequences.

“In the sport fishery, if we were to go over our allocation, we’d still be held accountable to our all-group quota,” said Tydingco, “and that amount that we went over would be subtracted from our allocation the following year.”

And the high catch rate is troubling on another front: It suggests that king salmon are on the rebound. Again, the allocation is set by treaty, and many of the fish being caught originated in Canada or were produced in Alaskan hatcheries and not subject to the treaty. Wild Alaskan kings remain in jeopardy, which is why many areas in Southeast’s inside waters remain completely closed to the harvest of kings.

“Things are not looking good for our wild king salmon stocks (in Alaska),” said Tydingco. “We’re struggling to meet our escapement goals on the mainland rivers, and we’re predicting that most — if not all — are going to be below the lower bound of our escapement goal.”

Tydingco says there is no mechanism in management for one sector to “pay back” another if it exceeds its allocation of kings — that is, for sport harvesters to compensate commercial trollers. Any adjustment would have to be made at the highest level of the department.

“We’re doing our best,” said Tydingco. “We’re managing to harvest at-or-below our allocation. So it would really be up to our commissioner to say what was going to happen if we go over.”

But the objective of the June 21 emergency order is to make any action by the Commissioner of Fish & Game unnecessary. 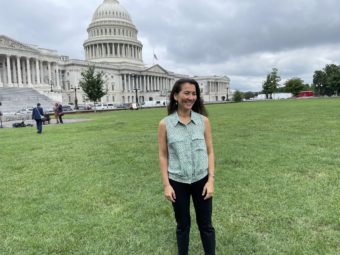