Gov. Mike Dunleavy on Thursday asked for a new slate of nominees for a vacant seat on the Alaska Supreme Court, to replace Chief Justice Joel Bolger who is retiring.

A similar rejection of judicial nominees in 2019 became one of the grounds for the recall campaign against Dunleavy.

The Alaska Constitution requires that Dunleavy appoint someone the Judicial Council has nominated. In addition, under state law, Dunleavy has roughly a week (until July 11) to choose one of the nominees. The law requires he fills the vacancy within 45 days of receiving the nominations.

Dunleavy described his position in a news conference Thursday.

“We are hoping that we can get sent to our office all of the individuals that are vetted by the Judicial Council, so that we have a larger pool to choose,” he said. “But we will follow the constitution and we’ll follow the law.”

But the Judicial Council is not allowed to reconsider the nominations unless there are not enough nominees available due to disability, death, withdrawal or a nominee being appointed to another position.

That list doesn’t include the governor requesting more nominees.

“Other situations in which more names are requested are not included in the reasons why the council would reconsider under the bylaw,” explains Council Executive Director Susanne DiPietro.

In a letter to the council, Dunleavy wrote “the slate of candidates put forward could be expanded to reflect the balance and diversity in philosophy and Alaskan experience requisite to adequately make a fair choice for the people of Alaska.”

Dunleavy singled Kotzebue Superior Court Judge Paul Roetman as an applicant who the council didn’t nominate. He noted in the letter that Roetman had the most time as a judge and Alaska resident, and was the only applicant from rural Alaska.

“The people of Alaska, including myself, wonder how someone like Judge Roetman is qualified to sit where he currently is but not have his name put forward for consideration to the Alaska Supreme Court?” the governor wrote.

Roetman is Mexican American and the only nonwhite applicant. In an Alaska Bar Association survey, he was sixth out of seven applicants.

DiPietro said the Judicial Council has been following similar procedures to nominate the most qualified applicants since Alaska became a state.

“The process is so thorough, and there is so much information, and the council members are using the same — each one of them is using the same standards,” DiPietro said.

The bylaws also require the council to make “every effort to promote diversity, including gender and ethnic diversity.”

Currently, Justice Susan Carney is the only woman on the supreme court. The three nominations from the council are all women.

Then-Chief Justice Bolger issued a statement saying the governor’s office didn’t seem to understand that the Alaska Constitution requires that the governor appoint one of the council’s nominees.

After meeting with Bolger, Dunleavy later appointed one of the original nominees — Kristen Stohler — to the Palmer seat.

Dunleavy’s failure to fill the Palmer vacancy within the legal timeframe became one of the grounds of the ongoing recall campaign against him.

DiPietro said early Thursday afternoon that the council will be responding to the governor’s letter, but it was too soon to say how it would respond.

Correction: The original headline of this story stated the governor asked for new nominees for chief justice. Chief Justice Daniel Winfree was selected in May to succeed Joel Bolger. A misspelling in Bolger’s first name has been corrected. An earlier version of this story stated Judge Paul Roetman was sixth out of seven nominations, Roetman was sixth out of seven applicants. 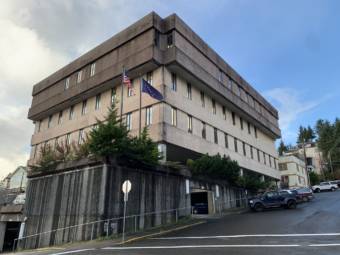 The Division of Motor Vehicles office in Ketchikan is offering limited services while the state agency replaces employees who left this summer. 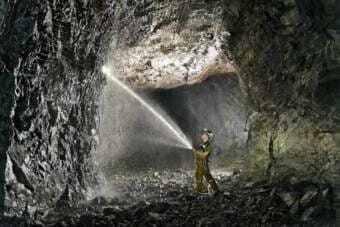 The Kensington Mine is one of the region’s largest private sector employers with around 360 employees. But in order to stay open through 2033, the mine needs to expand its footprint.

Ahead of special session, Alaska lawmakers consider phasing in PFD changes along with new revenue

A working group of legislators is weighing whether to recommend amending the state constitution.