The Biden administration appears poised to reinstate a rule dating back to the Clinton White House that restricts new roads in the Tongass National Forest in Southeast Alaska.

The rule also restricts tree harvest in more than half of the Tongass — about 9.4 million acres. President Donald Trump ended the protections for the forest three months before leaving office.

The U.S. Department of Agriculture, parent agency of the U.S. Forest Service, has published a regulatory notice saying it plans to “repeal or replace” a Trump administration regulation from October that removed Roadless Rule restrictions in the Tongass.

The notice says USDA is proposing the change to be consistent with President Biden’s executive orders on climate.

Environmental organizations such as the Alaska Wilderness League have long argued that the Tongass — which is one of the world’s largest intact temperate rainforests — plays a critical role in combating climate change.

Research shows the rainforest stores about 40% of all of the carbon in the country’s national forests.

“This is a globally significant resource,” said Trout Unlimited’s legal director Austin Williams, on Friday. “There’s absolutely no reason for us to continue to clear-cut log old-growth forest, it’s a critically important resource, and something that we need to be taking much better care of.”

“Taking an axe to Tongass old-growth protections was among the most reckless and irresponsible of the previous administration’s environmental rollbacks. Indigenous communities, hunters and anglers, the tourism and fishing industries, those who care about protecting our planet’s biodiversity and climate — all opposed removing roadless protections on the Tongass, wrote Andy Moderow, the organization’s Alaska director, in a prepared statement on Friday. “We applaud the Biden administration’s and the Forest Service’s commitment to addressing that rollback, but also want to make clear that a full reinstatement of roadless protections is a necessity and crucial to preserving America’s ‘Amazon’ and one of our most valuable assets in the climate fight.”

Joel Jackson, president of the Village of Kake, a federally recognized tribe on Kupreanof Island, welcomed the announcement. His tribe was among those that joined a lawsuit filed by conservationists and fishermen seeking to overturn the Trump administration’s Roadless Rule exemption in Southeast Alaska.

“As Native people, we are tied to the land,” he said Friday morning. “We go shopping in our forests and our waters to get our food, traditional food that we eat mostly. So it’s important that we have the old growth timber.”

Since its adoption in 2001, the Roadless Rule has been subjected to regular litigation and has pitted the State of Alaska against the federal government, with tribal, environmental, tourism, fishing and industrial organizations all weighing in.

“It’s yet again another instance where the federal government — every single administration — is coming out there to change the rules,” he said Friday morning. “It’s very disappointing to see the continual back-and-forth every four years.”

Alaska’s politicians have long argued that the rule restricts Southeast Alaska’s ability to support itself — and the rest of the state — economically.

Gov. Mike Dunleavy expressed his disappointment in a statement on social media Friday, saying “North to the Future means North to Opportunity, and we will use every tool available to push back on the latest imposition.”

Correction: A previous version of this story misnamed the federal agency responsible for managing national forests – it is the U.S. Forest Service. 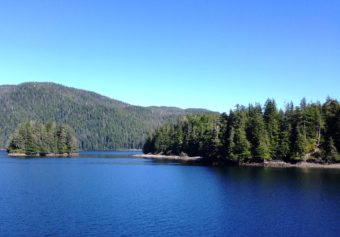 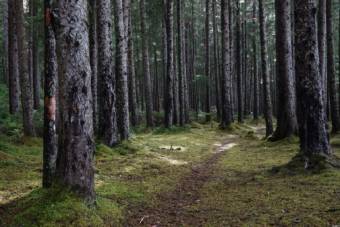