On May 10, the U.S. Department of the Treasury opened its online portal for federally recognized tribes to collect their American Rescue Plan funds. But two-and-a-half weeks later, many Yukon-Kuskokwim Delta tribes have not yet received their money. For some tribes, the slowdown has been caused by internet issues. A slowdown of even a few weeks could cause problems for the tribes that want to start water and sewer projects before the end of the summer barge season.

In the American Rescue Plan Act, $20 billion have been reserved for federally recognized tribes, about 10% of which are in the YK Delta. About half of these tribes lack adequate water and sewer infrastructure, which is one of the categories that tribes can spend their funds on once they actually have them.

Clara Martin, Platinum Traditional Village’s tribal administrator, logged on to the American Rescue Plan funding portal right away — more than two weeks ago. She knew that it would take a little bit of time.

“It takes a few days, I understand three to four days,” Martin said.

But Martin said that she needs to order materials and get quotes, and she can’t do that until she knows her funding amount. She’s worried about getting things set in motion before the last barge.

“We have a short summer season. We have to try to coordinate with the barges that are coming out, but we really need to scramble once the monies get in,” she said.

Martin knows that she has a few years to spend the funds, which must be obligated by the end of 2024. But she stresses that sooner is better when it comes to running water.

“The people without the water and sewer are just not wanting to live here anymore,” she said.

Martin said that Platinum also needs teacher housing so that the school can stay open, and better internet for the community and the kids. Internet is something that is also covered under the guidelines for the American Rescue Plan Act funding.

Some of the tribes in the YK Delta have said that poor internet connections are holding them back from accessing their American Rescue Plan funding in a timely manner.

Tribal Administrator Xavier Post of Tununak said that it wasn’t until last week that he was able to finally connect to the Treasury’s funding portal. He said that the download and upload speeds were the trickiest part. Administrators had to upload several forms of identity documentation.

The United States Department of the Treasury said that enough Alaska Native tribes struggled with the process that the agency was prompted to create an alternate program for identity verification and to extended the funding deadlines by two weeks. A spokesperson said that he hoped it would help the tribes experiencing internet connectivity issues.

If Tununak’s tribal council chooses, it could use its funds for broadband internet as well, once it knows its funding amount. The village also does not have running water to most homes.

The Traditional Village of Crooked Creek is in a similar situation.

Phillips said that she has also has had trouble figuring out how much funding Crooked Creek stands to receive.

“We have very, very poor internet out here in the villages,” she said, saying this has made it difficult to access the funding portal.

“We never know if we’re going to be able to get on and stay on, or if we’re going to have to continue trying and trying. One day, I tried the whole day. And then I had to come back the next day and try it again,” Phillips said.

Phillips said that she has plans to meet with the tribal council and village to discuss funding plans, but she said that planning specific projects will be difficult without knowing the exact amount of funding Crooked Creek will receive.

The U.S. Department of the Treasury said that if tribes are still having issues with accessing the portal, they can send them an email. Treasury has also extended the two funding deadlines to June 7 and June 21. 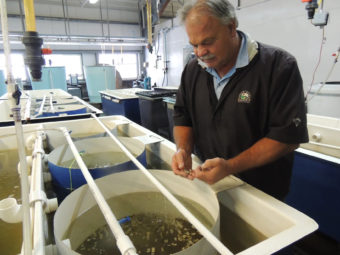 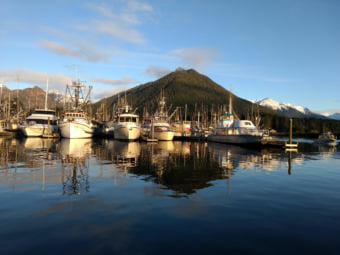 There’s about $34 million dollars left in the state’s pot of federal funds for businesses affected by the pandemic. 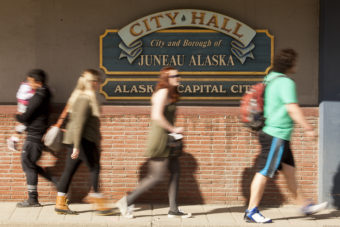 Federal relief put Juneau's budget in the black. Now, what to do with the surplus?

The city manager has proposed a project list that includes initial funding for a new city hall, extra money for escalating renovation costs at the Augustus Brown Pool, planning for a multi-use path through the Lemon Creek area and planning for a second road crossing to Douglas Island.