The Union Bay mariner who made the news last year after cheating death when his boat capsized during a storm succumbed to cancer less than five months later.

On a dangerously stormy night last November, four Coast Guard members risked their lives to save Kurt Brodersen, a 70-year-old man whose boat sank about 50 miles south of Wrangell.

Brodersen lost nearly everything he owned that night. But he remained upbeat about the whole thing. Here he is speaking to KSTK on Nov. 13, a week and a half after his boat — the Irony — sank in the storm.

“In a way, it’s sort of liberating because I’m starting fresh,” Brodersen said at the time. “Just the clothes I’m wearing. The problem that I’m having is — I don’t know. I don’t exactly have a goal for the rest of my life. But you know, maybe something will occur to me.”

Brodersen spoke with hope of life after the Irony sank. But after recovering initially in Ketchikan, Brodersen came to Wrangell, where doctors discovered a fast-moving spinal cancer. Brodersen died on March 26 — his 71st birthday. His neighbor Debbie Johnson in Union Bay recalls a humble person who didn’t want to take up too much space.

“He wasn’t intimidating at all,” Johnson said. “He wasn’t aggressive at all. He was just this very gentle person. And it just made you just want to know him. And he never made you feel in any way awkward or anything, you know. Just a very loving person.”

She said it was difficult to see her good friend go through so much tumult in such a short period of time.

“He just had a hard time of it — at the end there. Just, he definitely didn’t deserve all the things that life threw at him there at the end,” Johnson said.

She and her late husband first met Brodersen in 1979.

“We were shrimping and caretaking Bell Island back in the day, and he was shrimping up around Behm Canal at the same time,” she said.

It was an instant and lifelong friendship. Brodersen was a whiz with problem-solving and could fix just about anything.

“It’s like he was like, he was like our MacGyver. That’s what we called him here in Union Bay; he was the MacGyver of Union Bay.”

But even as close as they were, she said Brodersen valued his privacy.

“He liked being alone,” she said. “His property out here — you have to cross a bar at high tide to even get back to where his property was. And he absolutely loved that. Because nobody, you know, he would know when someone could come through there to see him if they wanted to see him. You have to wait for a high tide.”

Brodersen had a floathouse on his property, but lived on his boat. Johnson said she’d check up on Brodersen how she could.

“He had a lot of stuff on the back deck [of his boat], his hot tub and all kinds of all kinds of stuff,” Johnson said. “He liked taking a hot tub every day, so I’d always know that he was down there and doing okay down at his place because I couldn’t see him from my house, but I could hear his chainsaw every afternoon cutting firewood for his daily hot tub. So I knew everything was okay.”

“He was mister reliable,” she said. “Someone to go to if you had a problem because it just never failed, he would drop whatever he was doing to give you a hand and he wouldn’t even ask what it’s about. He would just stop and come and lend a hand.”

He was a treasured friend to his small, chosen-family circle.

“I just genuinely loved him, and my husband did, too,” Johnson added.

At Brodersen’s request, there was no funeral. Johnson says he bequeathed his Union Bay property and small floathouse to some of his closest friends. His boat and former home, the Irony, remains unrecovered on the seafloor. 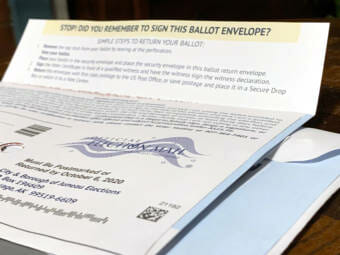 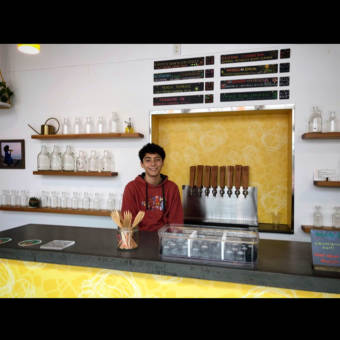