The cost to ship Sitka’s trash may increase soon. When the Sitka Assembly met last week, the group heard a presentation from the city’s solid waste contractor about policy changes for barging trash. But the city is pushing back on footing the bill.

Last fall, Alaska Marine Lines announced it would start refusing shipments of solid waste in open containers on June 1. That poses a problem for Sitka because the city ships its solid waste in containers without lids. Switching to closed containers and fully compacting the trash would require a significant investment in new equipment that could come with a big price tag.

Sitka contracts with Republic Services for its solid waste shipping. The nationwide company delivers the city’s loaded trash containers to the AML barges, and then hauls them to a landfill in Eastern Washington.

Sitka isn’t the only community where the change is needed.

Shipping garbage in open containers poses a fire risk. The last time a Sitka container caught fire was in 2016. But last summer, a container from Wrangell caught fire in Ketchikan, and that spurred AML to set a firm deadline with Republic Services to stop shipping trash without a lid.

Pederson said the container tops weren’t the only issue. He said the trash also needs to be compacted to further reduce fire risk. Right now, staff at the transfer station load trash into containers with a bulldozer and compact the trash manually. Pederson said Sitka needs something more heavy duty — a baler or a special compactor that compresses the trash into “loaves.”

“It’s very efficient and a known and trusted methodology to eliminate both underweight fees, saving the community dollars in the long run,” he said. “And also has been determined to be the safest methodology of compaction and shipping for this purpose.”

If the trash is compacted with one of these machines, it will fit into the containers Republic Services already owns and supplies at no additional cost. Without a compactor, someone would need to purchase special retrofitted or “shoe-box” lids, which would be a multi-million dollar investment.

But who would foot the bill? The city maintains that Republic Services is contractually obligated to supply working containers. Republic Services says it’s the city’s responsibility to install a trash compacting system. The company has offered to sell Sitka an older model for $1 and help cover refurbishing costs, but it would be on Sitka to pay for installation and maintenance.

Mayor Steven Eisenbeisz pushed back on whether compaction was necessarily safer or even required.

“Will AML accept the closed top containers without compaction? Without pre-load compaction?” he asked.

“I think it would be very difficult to do,” Pederson responded.

“It’s not a ‘difficult to do,’ it’s ‘will they accept it?” Eisenbeisz asked again.

“I cannot speak for AML for that,” Pederson said, “But what I could tell you though is without compaction, the city would be penalized for underweight containers at a much higher rate.”

Eisenbeisz asked who is responsible for providing “effective and reasonable containers.” Pederson confirmed that it’s his company’s responsibility.

Pederson said if no changes were made before June 1, Republic Services was contractually obligated to find another way to ship Sitka’s garbage out of town. So far, the options they’d explored were pricey, and he said the cost would be on the city.

With the AML deadline swiftly approaching, Mayor Eisenbeisz said he wished they’d heard a report from Republic Services sooner so the assembly had more time to consider its options.

“It’ll be interesting to see what June 1 brings around, and that you can continue to be an upfront partner with us, because right now, I feel ramrodded,” he said.

In an interview with KCAW, City Administrator John Leach said, “It’s very complicated, and we’re trying to stand our ground while reiterating that we’re concerned about the fire risk safety.”

The city has made some changes since the 2016 container fire to address risk, like regular inspections of the waste stream and signage discouraging disposal of flammable materials at the transfer station.

Leach said the city will continue exploring its options with Republic Services later this week. 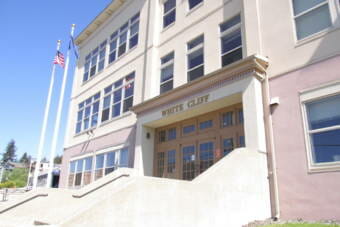 Ketchikan will join a national $26B opioid settlement, but officials say the money won’t go far

Municipalities across the country have until Jan. 2 to join the settlement. 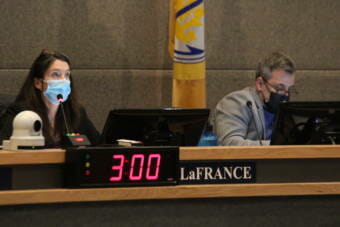 If not addressed, the mandate would’ve automatically ended on Dec. 14. 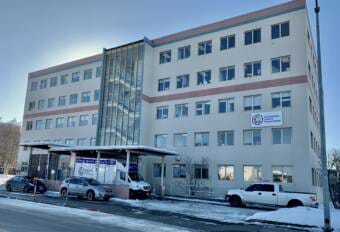 Anchorage’s deputy health director is resigning, the latest in a string of departures

The city’s epidemiologist and longtime medical officer also resigned over the summer, and the reproductive health officer was fired.