Both Southeast Alaska Regional Health Consortium and White’s Pharmacy are now offering the single-dose Johnson & Johnson vaccine to Sitkans. When the Sitka Unified Command met last week, its members thought there might be an economic advantage in Sitka’s high rate of vaccination.

Pharmacist Trish White said they’ve had interest in the Johnson & Johnson vaccine from locals who were hesitant to get the Pfizer or Moderna vaccines, which both use mRNA technology. They’ve also had interest from out-of-town fishermen.

“We’ve noticed a real interest in the one-dose Johnson & Johnson, particularly among the fishermen that are here for the herring,” White said. “It’s been really exciting, and something that we’ve been very pleased to be able to help with.”

Nearly two-thirds of eligible Sitkans have received at least one dose of either the Pfizer, Moderna or Johnson & Johnson vaccines since December, and more than half are fully vaccinated, according to city data.

“That’s quite heroic. I think that that’s worth definitely reporting,” Ewing said.

The public health department has also been vaccinating workers at seafood processing plants in Sitka. Ewing said nearly 100% of Silver Bay Seafood workers have received a vaccine, for example. That could help curb concerns that emerged last spring and summer about the spread of COVID-19 during the busy fishing season.

Ewing said that around five fully vaccinated Sitkans have tested positive for COVID-19, but the break-through cases are to be expected since no vaccine is 100% effective.

“I don’t consider that a high number for the number of people that have been vaccinated. It’s just something to watch,” Ewing said.

“That’s not a position statement. That’s not an idea. It’s a data-based conclusion, based on good data that’s published in peer-reviewed medical journals,” Bruhl said.

He said SEARHC continues to reach out to community members that haven’t been vaccinated, and they’re even offering the vaccine to out-of-town visitors as long as they have the supply. Bruhl said higher vaccination rates could help Southeast communities economically as the summer tourism season approaches.

“The other thing that I’ve been emphasizing in my communications with communities around Southeast is that this also represents an economic opportunity for our communities to be able to hold themselves out as a safe place to visit in the coming months,” Bruhl said.

Bruhl said he’s noticed a hint of optimism in the community since the CDC released new guidance that fully vaccinated individuals can gather inside without masks in small groups.

Find more information about where to sign-up for a coronavirus vaccine through SEARHC or White’s pharmacy on the COVID Information Hub. White’s Pharmacy is also offering in-home vaccinations for people who can’t come to a clinic in person. 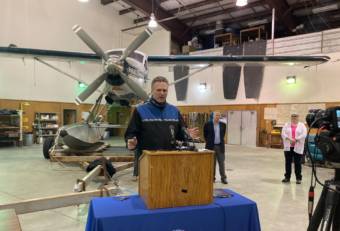 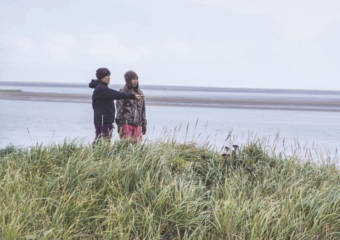 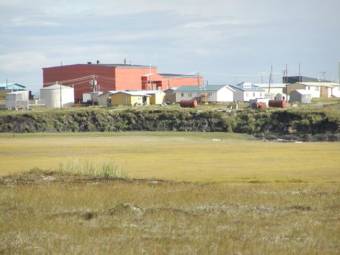 Store employees verify that a customer is good to enter by checking their name on a list of vaccinated individuals provided by the tribe.