Almost 50% of Alaskans behind bars have had at least one dose of the COVID-19 vaccine — a higher rate than the general population of Alaska, according to the state Department of Corrections.

It’s a relief to inmates and their loved ones, who have been desperate for protection against the disease that’s infected over 2,000 prisoners since the pandemic began.

But the prison system has also run up against the twin challenges of vaccine hesitancy and stubbornly high rates of COVID-19 spread in nearby communities, delaying efforts to get rid of tight restrictions prisoners have lived under for the past year.

“In the congregate setting, you really need 80% coverage to reach what’s called that herd immunity threshold to really prevent, you know, widespread transmission,” said Dr. Robert Lawrence, the chief medical officer for Alaska’s Department of Corrections. “It’s unlikely that we’ll be able to get there.”

That’s partially a result of hesitancy among the prison population, despite the DOC’s efforts to educate inmates about the benefits and risks about the vaccine.

He recently tested positive for COVID-19, he said, along with 39 other people in the facility, which houses 100. The timing of the outbreak — right when the first round of vaccines were being administered — fueled rumors about the vaccine.

“That it might cause and impotency, might be some sort of nano tracking device. Like I mean, I’ve heard the whole every little reason why,” he said.

The department produced several videos that it played in all its facilities to counter rumors about effects of the vaccine. One video shows Lawrence explaining those rumors and eventually getting the shot himself on camera.

“The whole purpose of that was to show ‘Hey, your doctor has evaluated the science and have decided this is the right thing,’” he said.

One defense attorney who works closely with the prison population thought the video could have been more effective if it contained voices that prisoners were more likely to trust.

“If we had a video, LeBron James or Kevin Durant going in there and saying, ‘This is would be good for you, is healthy as good for your community and for your family and for your children.’ I think that would be much more effective than the one I saw,” said Rich Curtner, an Anchorage attorney.

He’s been working with Alaska Black Caucus, which advocates for racial justice issues, to try to speed up the reopening of Alaska’s prisons to attorney and family visitation.

Videos were just one piece of the education campaign of DOC.

Department of Corrections nurses then visited every cell to offer vaccines and answer questions and concerns. But it was clear from their concerns that vaccine hesitancy can’t be solved entirely within the prison system.

“The response we get from inmates really reflects the concerns questions, some cases, the misinformation, fear and stigma that’s going on within the surrounding community,” he said.

It also reflects the demographics of the population at specific locations. At Lemon Creek Correctional Center in Juneau, even after door-to-door explanations, vaccine uptake was remarkably low.

“I was not really shocked, but put back a little bit, thinking that there would have been more,” said Lemon Creek superintendent Bob Cordle. He attributed part of the low rates to the younger population at the facility, which houses mostly pre-trial inmates.

“I think that they don’t feel they need it because they are young and they’re more than likely going to get the sniffles or maybe have a fever,” said Cordle.

The DOC is also offering a carrot to boost rates: Last week, it announced it will allow attorneys to meet with jailed clients in person only if they are fully vaccinated. It’s not clear if that has had an effect on vaccination rates, though it has raised concerns from civil rights advocates at the ACLU, who fear the policy takes away prisoners rights to choose what healthcare procedures they receive.

So far, COVID-19 vaccinations within the prison system have varied widely by facility. In Bethel’s prison, over 80% have been vaccinated, while at Spring Creek prison in Seward, it’s closer to 10%.

While he’s hoping prison visitation can resume soon, Lawrence said with community spread and the variation in vaccination rates, it’s likely prisons in different parts of the state will reopen to visitors at different times.

“I would say the real marker, the metric to be following are those community transmission rates,” said Lawrence. 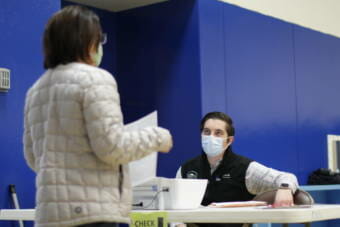 Surveys show information shared by doctors and other medical providers is far more trusted than when it’s broadcast by politicians. 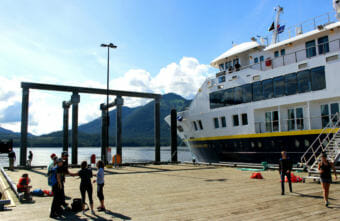 Some of the fully vaccinated cruise ships are not planning to disembark their passengers in small communities like Petersburg, at least to start the season. 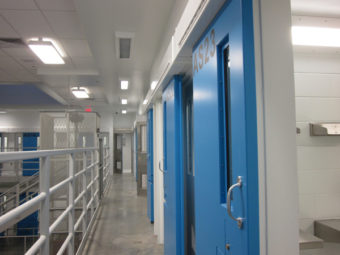 Alaska prisons to open for visitation after year-long COVID closure

It’s the first opportunity for public visitation in over a year after Corrections officials closed all non-essential access to facilities in March of 2020.