In Chevak, two men are missing and a third of the community is without water and sewer. The events follow a fire that burned down the old Chevak school on March 8.

The men, both in their 20s, were discovered missing the same day as the fire.

“Both families on both sides have been looking all over,” Chevak Vice Mayor Ulrich Ulroan said.

“Searched all over, checked everyone’s houses, looked all over town, came up with nothing,” Ulroan said.

The men were in Chevak before the fire began, and there are no signs of either man having traveled recently. Chevak and nearby communities require permission from travelers to enter their communities during the pandemic. No communities received a travel request from either of them. It’s unknown if the men perished in the fire.

State fire marshals and state troopers are in Chevak investigating the fire and looking for the two missing men.

Also, following the fire, Ulroan said that a third of the community is without running water and sewage.

The fire damaged the suction in the sewer line as well, cutting off its ability to drain.

“The whole east end of Chevak has no water and sewer,” Ulroan said.

Ulroan and other residents in the eastern part of the village are packing water from the water treatment plant and dumping honey buckets.

“There’s a ditch in between the sewage lagoon and the solid waste dump where we’re supposed to dump our honey buckets,” he said.

Ulroan said that the city is working with the Alaska Native Tribal Health Consortium to fix the pipes, and that the sewage line is expected to be restored before the water system. 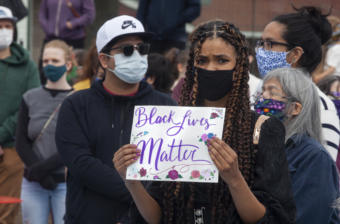 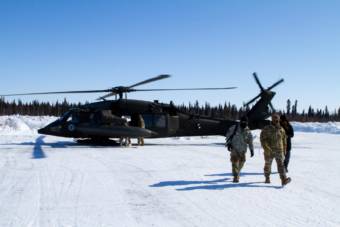