At the beginning of the year, the U.S. Attorney’s office for Alaska announced that the Department of Justice would embark on a pilot project to address the missing and murdered Indigenous persons epidemic in the state.

Tribal Administrator Courtenay Carty said that as part of Curyung’s action plan, the tribe will work to determine the scope of the epidemic in the region.

“Part of the reason that we decided to engage in this work is that we don’t have adequate data to quantify the issue and its impact on our communities,” Carty said. “And part of engaging in this pilot project is to begin gathering those statistics ourselves. It’s very important in tribal governance to not only exercise the tribal council sovereignty on these issues in general, but especially in terms of gathering our own data ourselves.”

According to a study by the Urban Indian Health Institute, out of 29 states, Alaska ranks fourth in the number of missing and murdered Indigenous women.

A lack of historic data is a major obstacle to effectively addressing the epidemic.

Carty stressed the importance of gathering statistics on a local level.

“All too often, Native communities are researched by outsiders,” she said. “In this situation. It’s very important that, especially with such a sensitive topic, that our council is able to work with families directly to quantify the issue and demonstrate that ourselves, versus having an outside organization do that for us.”

This project is another in a series of MMIP initiatives the federal government has announced in recent years. Savannah’s Act, a bill sponsored by Alaska Senator Lisa Murkowski, requires the Department of Justice to address and educate the public on the epidemic. The other is Operation Lady Justice, a White House initiative formed in 2019 to address unsolved cold cases and improve law enforcement response.

Curyung Second Chief J.J. Larson said that as part of their community action plan, the tribe will facilitate communication between investigators and families when tribal members are missing or may have been murdered.

“Of course we’re not getting involved in investigating and things like that, but we can do some of the side stuff,” Larson said. “Making sure that these cases don’t get dropped off after so long — which is kind of what you see happens — and making sure family stay informed of what is going on in the investigation.”

Larson said the tribe also hopes to establish education campaigns as a preventative measure to make its members aware of potentially dangerous situations.

“Especially with the internet age it’s so tough,” he said. “It’s so easy for people to get caught up in scandal or a scam on the internet. And talking to some of the law enforcement agencies, there’s a lot of Internet scams going on.”

The tribe meets with the U.S. Attorney’s office as part of a forum to increase communication between communities and public officials. The forums include a wide array of law enforcement agencies and many other entities like VPSO supervisors, community advocates and other tribes in the state.

Ingrid Cumberlidge is the MMIP coordinator for the U.S. Attorney’s Office in Alaska. She said that a key to reducing cases is to establish connections between tribes and agencies and to implement solid response plans.

“We really just need to build those relationships and make sure people are reporting as soon as possible so that we can get working on any incidents at the quickest possible moment,” Cumberlidge said.

As part of the federal initiative, troopers will get involved in investigations as soon as possible.

“The Alaska State Troopers in our working group have explained to us that they’re going to provide oversight,” said Cumberlidge. “Even if they’re not on site, they’re going to communicate with the folks on the ground to help support whatever activity is happening until they can get there.”

Curyung’s plan will serve as a model for hub communities, like Bethel and Nome.

Brian Schroder, the U.S. Attorney for Alaska, says the plans are meant to serve as a foundation for communities to build on as they respond to MMIP.

Schroder also stressed that it is important to establish communication and transparency before crises occur.

More information about the pilot project can be found by contacting the U.S. Attorney’s Office in Alaska at (907) 271-5071.

If someone you know may be missing or murdered, contact your local state troopers office as soon as possible to begin an investigation. Resources for people impacted by MMIP can be found on the Association of American Indian Affairs website. 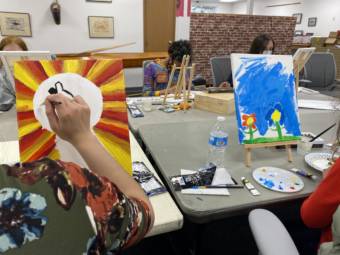 Indigenous women in the United States are murdered 10 times more often than the national average, according to the Department of Justice. 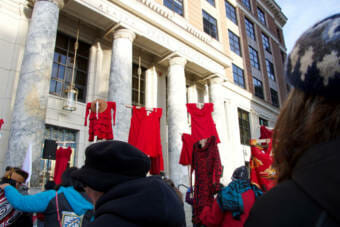 On May 5, people all across the country shared stories and pictures, and memorialized the thousands of Indigenous people who have disappeared.  Later, many users reported that content they shared to their stories disappeared too. 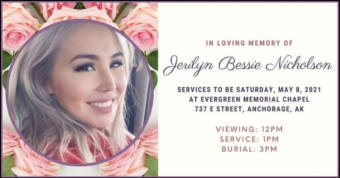 Eagle River man, charged in woman’s disappearance, was filmed carrying a body to his car