Bethel has the highest percentage of Koreans among all of the cities in Alaska. Since many of them work in the restaurant or taxi industries, they have been hit especially hard by the pandemic. This is a story about why and how such a large population of Koreans formed in Bethel. Most of the interviews were conducted in Korean and translated into English.

In 1980, the U.S. Census recorded one Korean in Bethel. That number exploded over the next two decades. By the year 2000, there were 120 Koreans. They arrived in waves, due to several catalyzing events. One was the 1992 Los Angeles riots. The riots caused about $1 billion in property damage, much of that in L.A.’s Koreatown.

Back then, Won Ho Lee owned a market in L.A. He had saved up for it by working at a Korean newspaper for over a decade, and he was proud of his success as an immigrant.

“Because of the rioters, I couldn’t pay the rent and I had to give up the property to the bank,” Lee said.

Lee lost everything, but one day as he was scrolling the Korean newspaper in L.A., looking for jobs, he saw an ad for Kim’s Burgers in Bethel, Alaska.

“The ad said if you delivered food for the restaurant in Bethel, they would feed you, give you a place to sleep, and pay you $3,000 a month,” Lee said.

Bethel is seldom the first U.S. city that Koreans move to. It’s the place they end up when their original American dream falls apart.

Lee’s first year in Bethel was different from what the newspaper ad promised. He was bad at his job. He never delivered food on time because he didn’t know where any of the addresses were in Bethel. The restaurant owner said that Lee was costing him customers and paid him less than what they’d agreed on, so he quit. Lee started working in motels, eventually becoming a manager and then an owner. Now, Lee is mostly retired and has a home he could go back to in L.A. if he wanted to.

“If I go back to L.A., what would I do? No one there wants to hang out with an old man like me, but it’s different here. I’ve been here over 20 years, and I’m friends with everyone,” Lee said.

The average Korean that ends up in Bethel is an older man, according to the 2010 census. Many of the Koreans in Bethel immigrated to the United States later in their lives, when it’s difficult to learn a new language. Most work in Bethel’s restaurant and taxi industries.

Jung Chul Mun, a 73-year-old cab driver, said that older Koreans adjust well to Bethel because they’re used to throwing themselves into their work. The Korean War, which ended in 1953, left South Korea as one of the poorest countries in the world. Mun said that older Koreans still remember how their hard work transformed their country into the economic powerhouse it is today.

Restaurant owner Grace Yuk said that there are fewer Korean women than men in Bethel because they generally view being a driver as men’s work.

“There aren’t any jobs for women to do,” Yuk said. “Other than at restaurants, what work is there to do?”

When the COVID-19 pandemic hit Bethel, it took away many Koreans’ ability to work. Chopstix, a Korean-owned restaurant, shut down after the owner said early in the pandemic that he was down to five customers a day. Mun said that many cab drivers, who are older, are choosing not to work because of the risks of the virus.

“We can’t do any jobs that require English, so we have to work with our bodies. And that’s the work that’s been most impacted,” Mun said.

Also during the pandemic, Asians around the country have become victims of violence and racism. In Bethel, many said that anti-Asian sentiment is nothing new.

Hyung-Gyu An moved here as a child and graduated from Bethel Regional High School in 2019. He said that he enjoyed his upbringing, but from time to time he’d hear racial slurs like “yellow monkey” or anti-immigrant comments like “go back to your country.”

Many Koreans said that there is a view that they only come to Bethel to make money, don’t engage with the community beyond their jobs, and then leave. But this story is true of many non-Koreans in Bethel as well. Because many Koreans work in customer-facing jobs and face language barriers, more conflicts can arise. In 2012, a Korean cab driver was stabbed to death by a passenger.

When Kilsoo Seo, the original Video World owner, lived in Bethel, he worked to bring Koreans and the rest of the community together. One year he invited a traditional Korean folk dance group to Cama’i. He gave scholarships to high school students and sponsored local sports teams. He co-founded the Korean church, and with that group donated clothing and organized Christmas parties for Elders at the senior center.

“I feel like I’m a Bethel citizen and I did my part for the community,” Seo said.

Seo eventually moved away in 2013, but many people KYUK talked to said that lately, more Koreans are choosing to come back to Bethel or to stay longer.

Yuk, the restaurant owner, returned to rural Alaska after a year in L.A. She missed the weather and the clean air. Mun, the cab driver, said that he came back because his mind couldn’t turn fast enough to keep up with a bustling city after living in the slower pace of Bethel. Joseph Jung, who is semi-retired, said that he stays in Bethel to fish and hunt. And Sang Soo Kwon, another cab driver, said that he likes this place for the kind-hearted people. Kwon said that he recently got stuck along the ice road until someone from a nearby village came and helped pull his snowmachine out of a snow drift.

For many Koreans, Bethel was a last resort. But for a growing number, it has become a place that they are happy to call home. 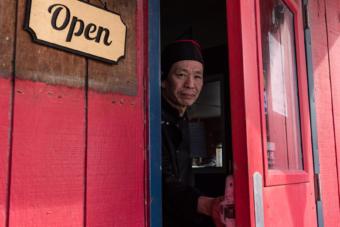 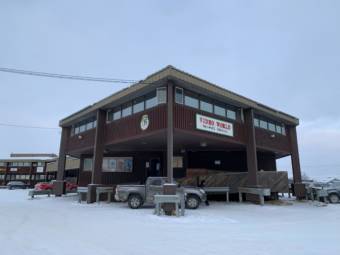 One of the last remaining video stores in the Yukon-Kuskokwim Delta closed up shop on Jan. 10 after holding on for a remarkably long time.