Juneau’s urban avalanche forecast is for “extreme” danger Saturday evening with the potential for “historic avalanches” in residential areas.

The city and the Red Cross are opening Centennial Hall as an emergency shelter for anyone who chooses to leave their home. The doors will open at 8:00 p.m. on Saturday and COVID-19 mitigation measures will be in place.

In the advisory, Emergency Manager Tom Mattice also recommends that all residents avoid avalanche paths including the Flume Trail.

“People need to make their own safety decisions,” he wrote. “But we feel that with the forecast for the next 24 – 48 hours natural avalanches are likely and of great size.”

The City and Borough of Juneau describes the Behrends Avenue avalanche path as the neighborhood directly above the Breakwater Inn, a horseshoe area of houses between Glacier Highway, Behrends Avenue and Ross Way; adjacent to Highland Drive.

Avalanche forecasters are warning of increasing danger in downtown Juneau and the surrounding backcountry, especially if more snow and rain falls on an already unstable snowpack. If conditions worsen, the city would recommend evacuation of downtown neighborhoods.

Juneau city officials said in a release Friday that there is potential for “historic avalanches” in the downtown area through Monday. Depending on temperatures and how much snow falls, the city’s Urban Avalanche Advisory could be raised to “extreme” danger, which is the highest level on the scale.

He is advising downtown residents to be cautious, especially if they live near the Behrends Avenue avalanche path. If residents end up evacuating their homes on the city’s recommendation, a shelter would be set up at Centennial Hall.

“In the urban environment, if we have a four foot deep avalanche that’s wide enough across the face of the Behrends path, (then) that’s more than enough to hit houses,” he said.

The Alaska Department of Transportation & Public Facilities is warning of increased avalanche hazard along Thane Road. Residents along the road should be prepared for an extended road closure if crews are unable to safely remove any avalanche debris.

Kanaan Bausler of the Coastal Alaska Avalanche Center says they’ve already seen widespread avalanche activity all around Juneau, from Douglas Island down to Snettisham Inlet. And they expect more avalanches over the weekend.

A freezing rain crust has formed on top of recent snow that fell on a weak snow layer. Bausler says the snow’s weakness can be triggered from even a flat spot on the terrain.

“And then, it’ll travel through that freezing rain crust and collapse the looser snow below and the denser snow above,” he said. “So, it can travel great distances and we’ve already seen avalanches that have traveled over a quarter mile just from propagating through the snowpack.”

He says they’re warning people heading out to the backcountry to use extreme caution, even in terrain that is generally considered safe from any avalanches.

He says the unstable snowpack conditions could potentially last through the rest of the season. 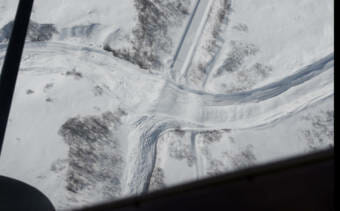 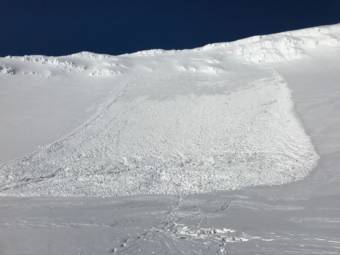 Skier survives avalanche in the crater of Mt. Edgecumbe near Sitka

The man buried by an avalanche for at least 5 minutes sustained no injuries. 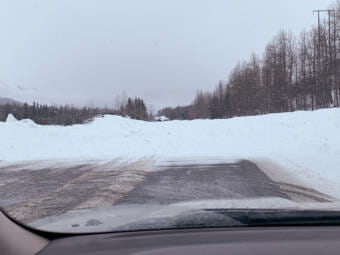 Monday avalanche buries the only road to the Kenai Peninsula

The Seward Highway incident was one of several high-profile Southcentral avalanches this week.